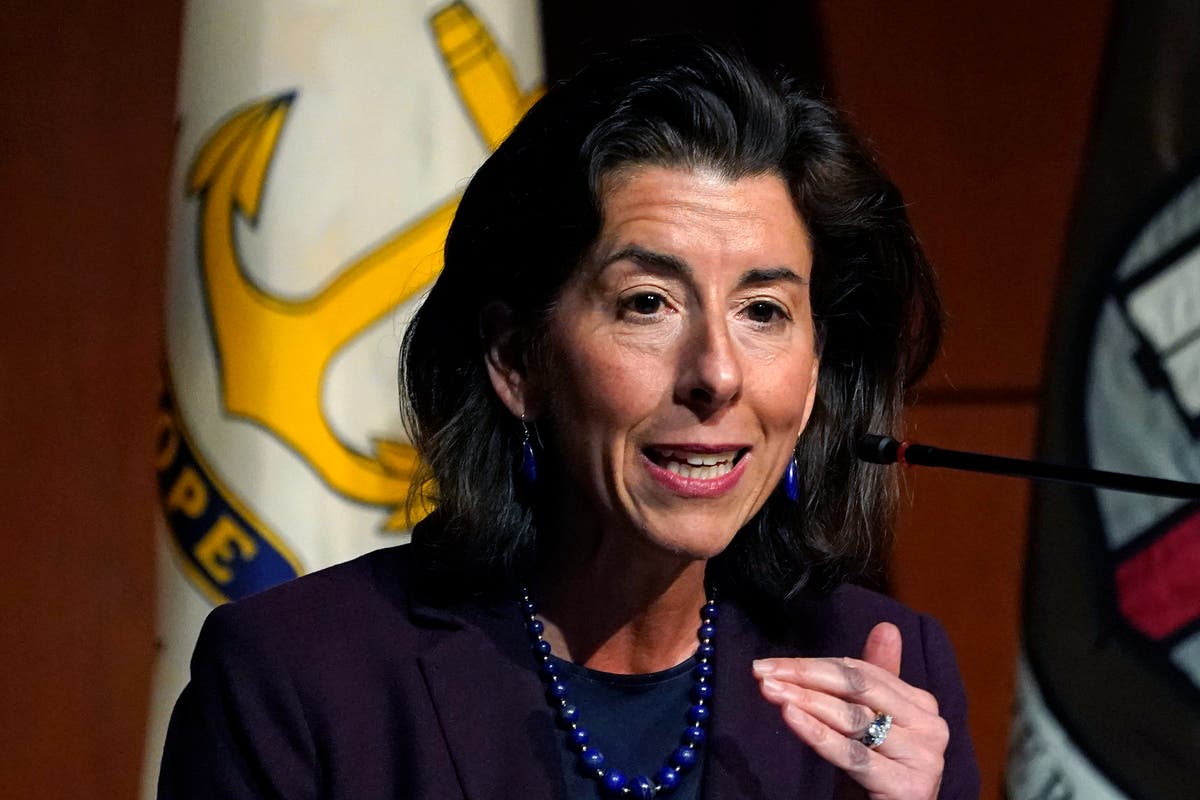 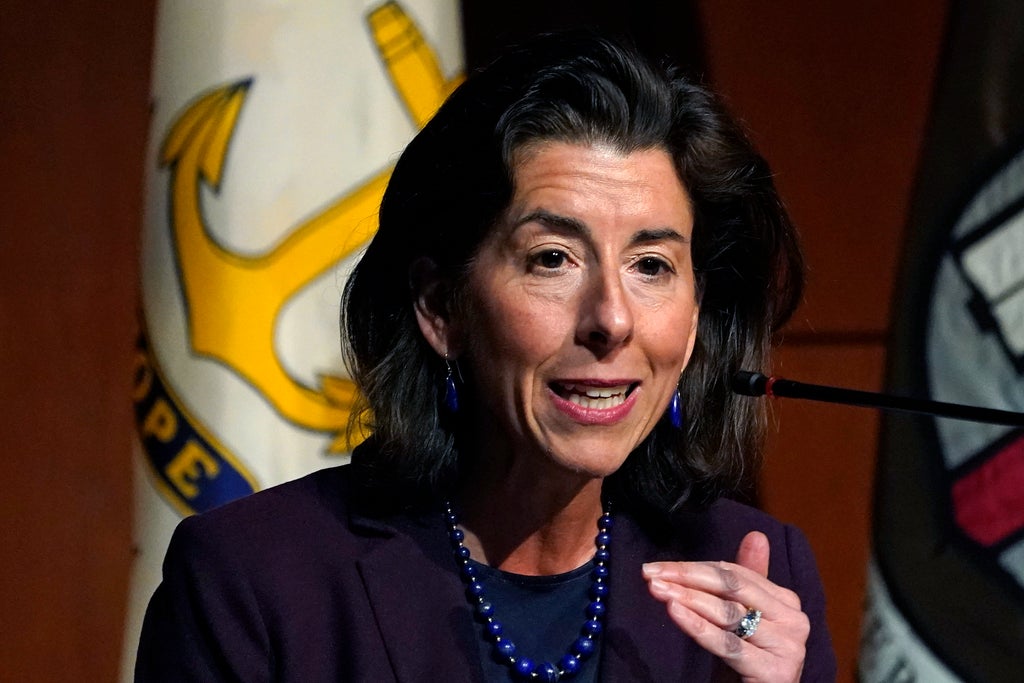 Commerce Secretary Gina Raimondo pushed back forcefully Wednesday against critics — including some within the Biden administration — who say a government investigation of solar imports from Southeast Asia is hindering President Joe Biden’s ambitious climate goals.

Testifying on her department’s budget, Raimondo told a Senate panel that the solar inquiry is following a process set by law that doesn’t allow consideration of climate change, supply chains or other factors.

“There’s a process, a law,” that she must follow, Raimondo said. “I have to implement the law.”

Raimondo called the inquiry into imports from four Southeast Asian nations “quasi-judicial” and “apolitical,” noting that it is being led by career staff at the Commerce Department‘s International Trade Administration.

“We’re going to move as fast as we can,” she told Sen. Brian Schatz, D-Hawaii. Schatz was one of several lawmakers who pressed Raimondo on the solar inquiry, which he said had “ground an entire industry to a halt.”

Commerce announced in late March that it was investigating a complaint by a small California solar company that solar manufacturers in the four Asian countries — Malaysia, Thailand, Vietnam and Cambodia — are using parts from Chinese companies to skirt steep antidumping and countervailing tariffs imposed on Chinese goods.

Hundreds of solar projects in the U.S. have been frozen or substantially delayed in recent weeks as investors seeks to protect against potentially steep penalties that could be imposed retroactively. Last week, an Indiana-based utility said delays of up to 18 months in solar projects meant it would have to keep running two coal-fired power plants that were slated for retirement.

“This case is destroying clean energy, and needlessly taking down American businesses and workers in its wake,” said Abigail Hopper, president and CEO of the Solar Energy Industries Association. She called it “unfathomable” that Biden “would allow his own administration’s actions to be the downfall of his clean energy vision.”

Biden has set a goal to cut planet-warming greenhouse gas emissions by at least 50% below 2005 levels by 2030, and solar power is a key part of that agenda. A report last year by the Energy Department says solar has the potential to supply up to 40% of the nation’s electricity within 15 years — a tenfold increase over current solar output.

More than 300 projects accounting for 51 gigawatts of solar capacity and 6 gigawatts of battery storage are being cancelled or delayed, Hopper said, and layoffs of tens of thousands of solar employees loom. Some companies report that their entire workforce is at risk, she said.

“At stake is the complete smothering of the investment and the jobs and the independence that we would be seeking as a nation to get our fuel from our own generation sources,” she told a Senate hearing last week. “I certainly am deeply concerned about being able to achieve the goal of getting to 100% clean electricity by 2035 if this is not resolved quickly.”

A spokeswoman for White House climate envoy John Kerry said he has relayed the industry’s concerns within the administration, but has been “clear that he defers to Commerce’s discretion over the investigation.”

Sen. Jerry Moran, R-Kansas, said the Commerce investigation is “pretty darn damaging to businesses in the U.S.” and urged Raimondo to reject the complaint by tiny Auxin Solar immediately.

“Somebody called me a couple days ago and said our name is very toxic in the industry,” he told the Wall Street Journal last week.

“The last thing I would want to do is take an action that hurts” the renewables industry, he said. “But are we going to look the other way on not abiding by U.S. law?”

“This investigation is already causing massive disruption in the solar industry, and it will severely harm American solar businesses and workers and increase costs for American families as long as it continues,” the senators wrote. “Without a reliable and cost-effective source of panels, existing and proposed solar projects could come to a halt.”

The letter was also signed by Moran, Schatz and 19 other senators. The solar industry employs over 230,000 American workers.

Raimondo mostly responded with sympathy for the senators’ complaints. But she strongly disputed industry complaints that potential tariffs in the case could exceed 200%.

Since 2012 Commerce has imposed more than 150 specific duties on solar products from China, with rates averaging between 12% and 20%, she said.

Penalties greater than 200% would “typically apply only to uncooperative companies that cannot differentiate themselves from the Chinese government and the Chinese Communist Party,” Raimondo said.

Such punitive tariffs are “exceedingly unlikely,” she said.

While U.S. law does not currently allow officials to consider factors such as climate change or supply chain problems, “we will implement whatever the law is,” Raimondo said, suggesting Congress could help fix the problem. “If Congress decides to change the law, we will implement that,” she said.