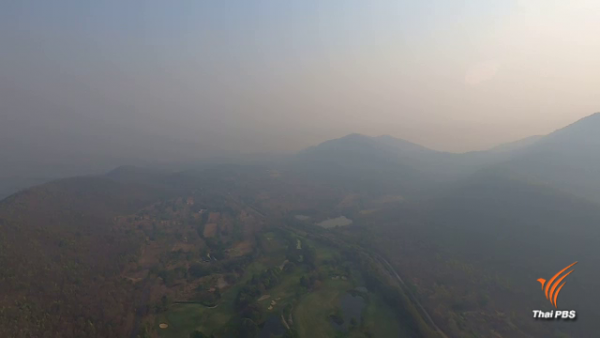 A malfunctioning air pollution sensor has produced a false reading of PM2.5 dust levels in the atmosphere of Chiang Dao district of Thailand’s northern province of Chiang Mai. It reported 1,358ppm on Thursday, alarming the district’s residents.

Atthaphol Charoenchansa, director-general of Pollution Control Department, said today (Saturday) that the actual reading on that day was 9.4ppm, not 1,358ppm as reported in IQAir, a real-time air quality information platform.

He said that the department immediately ordered an investigation and sent officials to conduct air quality tests, as well to check data beamed from the satellite and other air quality measurement stations in the northern region, adding that the findings show that the air quality in the northern provinces was within safe limits and no hot spots had been detected on that day.

Atthaphol said that it was discovered that the air pollution sensor, which was linked to the IQAir platform, belongs to a university in Chiang Mai, was installed at a coffee shop and was found to be damaged and had not been maintained for more than five years. It continued to feed its readings to IQAir, said Atthaphol, adding that he has advised that the measurement device be replaced.

The director-general said he could not yet forecast whether the air quality in Bangkok or the northern region will be better or worse than last year, but noted that the haze season will begin in mid-November, which coincides with the onset of the cold season.