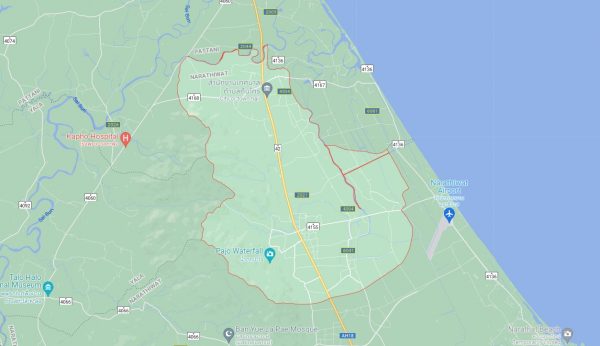 Using a backhoe to plough the thick undergrowth, a combined force of troops and paramilitary rangers advanced deeper into the peat swamp to search for remaining insurgents believed to be hiding there.

The suspected insurgents opened fire on the advancing forces, triggering a gun battle that lasted about ten minutes. Then the backhoe continued to advance for several hours, until they found the body of a suspected insurgent lying next to an HK33 assault rifle and ammunition.

Forensic officials were sent from Yala province to examine the body, identified later as Sufian Yusoh, who is suspected to have been involved in several shooting and bombing incidents in Narathiwat province.

Informed security sources said that the siege of the peat swamp, which began on September 28th, will continue until the last insurgents are flushed out or killed, if they refuse to surrender.