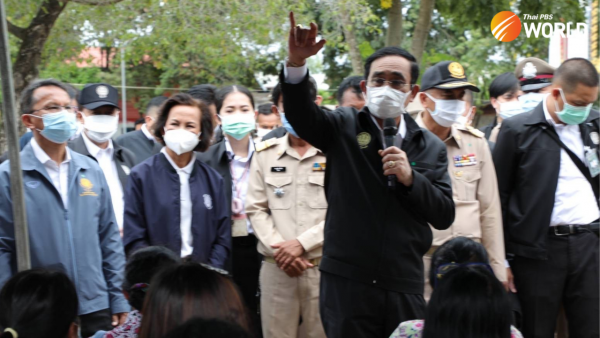 August 24 marked the seventh anniversary of General Prayut Chan-o-cha’s tenure as Thailand’s prime minister. It also spurred questions over whether he has only one year left in the post, as the Constitution prohibits anyone from being PM for more than eight years.

Legal experts disagree as to when PM Prayut must vacate his seat — another legal issue that may finally land in the Constitutional Court.

Some say the eight-year period runs from when the current charter came into force on April 6, 2018. Others, including some lawmakers, point out that Prayut has actually served as head of the government since 2014. They maintain that what counts is the spirit of the Constitution, whose unprecedented provision is intended to prevent any prime minister from entrenching their power.

Article 158 of the Constitution states that “The prime minister shall not hold office for more than eight years in total, whether or not consecutively. However, it shall not include the period during which the prime minister carries out duties after vacating office.”

No previous Thai charters set a time limit for the PM’s tenure.

Deputy Prime Minister Wissanu Krea-ngam, who is in charge of the government’s legal affairs, said earlier the eight-year limit should not have a retroactive effect on PM Prayut.

He said the period should start on the date that the current Constitution was promulgated, and not the day Gen Prayut became prime minister after leading the 2014 coup.

Professor Udom Rathamarit, spokesman for the now-defunct Constitution Drafting Commission and former dean of Thammasat University’s Faculty of Law, commented that the eight-year period should start on June 6, 2019, when Prayut was appointed prime minister by Royal command after the general election.

Gen Prayut, while serving as the Army commander-in-chief, overthrew the Pheu Thai-led government in May 2014 and became prime minister in August that year. He resumed premiership after the Palang Pracharath Party, which nominated him as its sole PM candidate, managed to form a coalition government following the 2019 general election.

Spirit of the law

MP Sutin Klungsang, who is a deputy leader of the opposition Pheu Thai Party and chief of the opposition whips, says the constitutional clause should be interpreted according to the spirit of the charter, which means Gen Prayut can remain as PM until August next year.

However, he expects some legal experts to interpret the constitutional clause as having no retroactive effect in PM Prayut’s case.

“The opposition will seek a solution that can act as a legal precedent, by asking the Constitutional Court to give a ruling on the charter clause,” Sutin said last Saturday (September 25).

The court had previously made two rulings on petitions regarding Prayut’s qualifications, both of them in favor of the prime minister.

Meanwhile, Assistant Professor Ponson Liengboonlertchai of Chulalongkorn University’s Faculty of Law views Gen Prayut’s as a “special case” that could trigger a widespread debate on the intention of the clause in question.

The academic reasoned that the clause could not be enforced in Prayut’s case, as he only became prime minister under the current charter after the 2019 election. However, he added that Prayut will in fact have served in the post for eight years by 2022.

“This provision aims to prevent a monopoly of political power that can lead to political networks and corruption for personal gain,” Ponson said.

Analysts expect PM Prayut to survive any legal challenge to his legitimacy to stay in power, although this latest issue is likely to spark major political controversy. Scholars are thus asking him to step down voluntarily in order to avoid any further conflict or even a crisis.

Boonsong Chaletorn, deputy dean of Rangsit University’s Institute of Public Administration, urged PM Prayut to “wash his hands of politics” by turning down any offer to lead another government, as Gen Prem Tinsulanonda did in 1988 after serving as prime minister for over eight years.

“In this way, [Gen Prayut] will benefit the country more than if he stubbornly clings to office for another term,” the academic said.