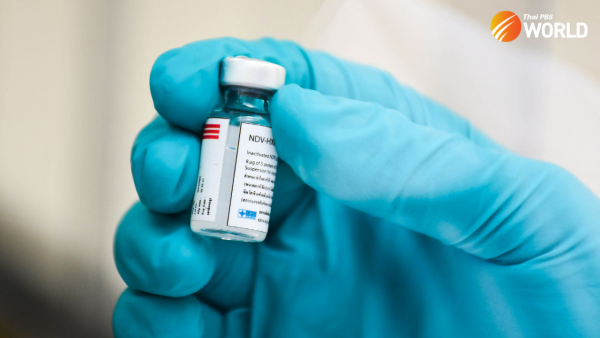 Thailand is in the process of procuring 120 million doses of COVID-19 vaccines for next year, especially for children aged 3-11, who have not yet been vaccinated, and for booster jabs.

CCSA Spokesman Dr. Taweesin Visanuyothin said today (Monday) that he expects the deals to be

According to the procurement plan, the AstraZeneca vaccine is to be delivered in three lots; 15 million doses during the first quarter of next year, 30 million doses in the second quarter and 15 million doses in the third. Payments for the vaccines are to be made in Thai currency and Thailand has the right to opt for second-generation vaccines, once they are developed and approved for use in humans.

Dr. Taweesin said Thailand has the right to change the Pfizer vaccine to paediatric vaccine, or adapted vaccine, once they are approved.

He said, however, that the selling prices do not include other expenses, such as packaging, storage costs, freight, transport from the delivery point, domestic transportation costs, customs duties, value-added taxes and insurance fees.

Dr. Taweesin said that, by November this year, 70% of Thailand’s population will have received their first vaccine jab and 80% by December.

70% of the population will have been inoculated with two vaccine shots within December.  1-2 million doses are to be administered as third booster shots, to those who have received two vaccine doses, from October through December.

As of Monday, Thailand has administered 50.56 million vaccine doses, 17.89 million of which are second doses, accounting for 25.56% of the entire population including foreign residents.