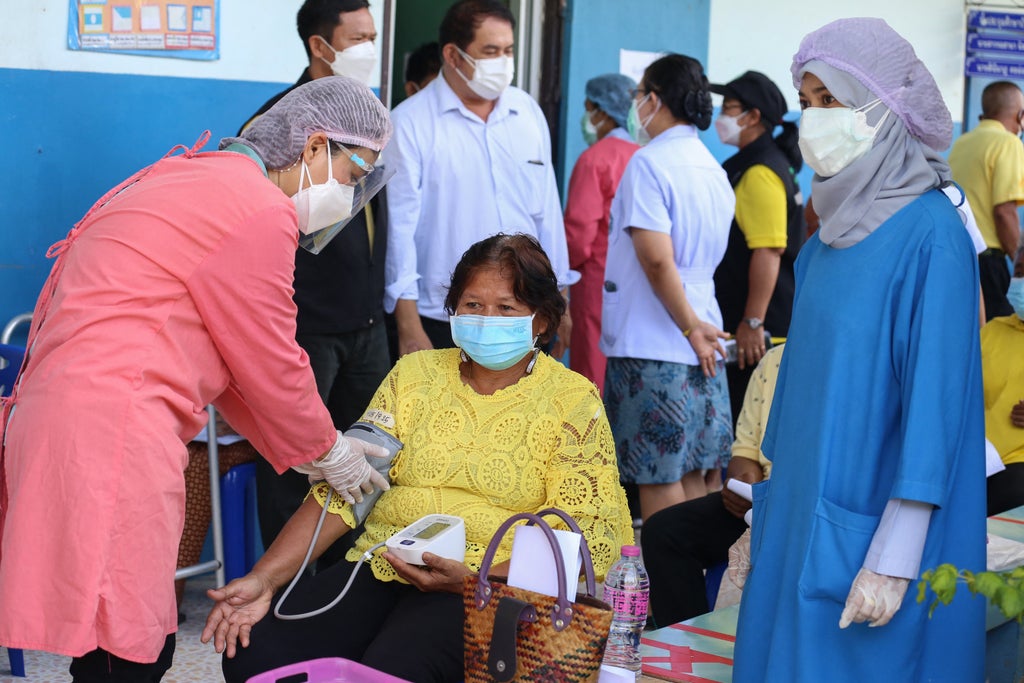 Thailand’s coronavirus crisis has intensified, with rising cases burdening hospitals and pushing the country’s healthcare system to the brink.

The southeast Asian country that was praised for controlling the pandemic last year is now reeling under the pressure of a worsening third Covid wave.

Hospitals in national capital Bangkok have run out of beds, even forcing doctors to treat patients in car parks. Reports have emerged of patients dying on roads, waiting for treatment.

On Monday, medical authorities in Bangkok said all the ICU beds for Covid-19 patients at public hospitals were full and that some of the sick were being treated in emergency rooms.

Hospitals have asked patients to isolate at home or in community isolation centres. The Thai government has started returning patients to their hometowns by train for isolation and treatment, to alleviate the burden on city hospitals.

In the last few days, several people have reportedly died in their homes or on roads because no medical beds were available in Bangkok’s hospitals, according to medical volunteers quoted by several local media outlets. A body found lying on the pavement last week for hours has triggered public outrage.

A slow vaccination drive and the government’s lackadaisical handling of the pandemic has led to increasing public anger with several protesters coming out on to the streets, only to be met with teargas, rubber bullets and water cannons.

Thailand has recorded 543,361 confirmed infections and 4,397 fatalities from the virus, according to the latest figures from the Centre for Covid-19 Situation Administration (CCSA), the country’s Covid task force.

Over 90 per cent of the total confirmed cases in Thailand spread in the last four months.

The third wave in Thailand began in April, with a surge in infections in its capital Bangkok, which authorities said spread through clubs and other nightlife venues. After weeks, the infections began spreading to other areas affecting a large number of population of the capital city.