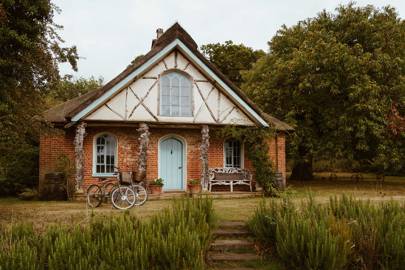 Pre-pandemic, there may have been a slight lethargy towards the upmarket hotels found in Mayfair, Soho and Chelsea. A kind of tiring of classic luxury, with travellers seeking out experience over a clutch of five stars. But now there’s a returning lust for these grande dames and the cosseting they so exquisitely excel at. There couldn’t be a better antidote to staring at the same four magnolia walls of home than checking in at The Lanesborough. A riot of scaled-up Regency splendour saturated in colour, it’s an injection of glee for the post-lockdown soul.

Book your stay at The Lanesborough

The Dorchester is still reassuringly robust, remaining a stalwart for the A-list and, thanks to new energy from super-young chef Tom Booton, now serving the best Scotch eggs and lobster tarts in town.

Book your stay at The Dorchester

But Claridge’s sneaks in, in its quiet, elegant way, as top of the spoiling pile. A hotel that never seems to have to try, yet for more than 100 years has remained current; a vodka Martini in the Fumoir Bar has been the most glamorous thing to do in the city since 1929.

Book your stay at Claridge’s

There are some new kids on the block though, not placed to rival the dames, but there to zhuzh up the central-London scene. The Mayfair Townhouse in Green Park sets its sparkly, quirky mood on entry with a human-size peacock sculpture covered in thousands of Swarovski crystals (and minibars in rooms are free – a very nice touch).

Book your stay at The Mayfair Townhouse

The Nomad in Covent Garden is tipped to be the new Ned (by the same group), and this summer country house Beaverbrook – a proud Surrey legend – opens its first city outpost in Chelsea, which promises to be a close-knit, Georgian affair with a dollop of theatre (the rooms are named after London stages).

Book your stay at Beaverbrook

Find out more about the best new townhouses in the UK

The best new townhouses in the UK