Police, in cooperation with naval officers from the Mekhong River Patrol Unit, intercepted a small motor boat on the bank of Mekhong River in Muang district of Nakhon Phanom and seized 200 kilogrammes of compressed marijuana worth about 1.6 million baht on Monday night.

Two Laotians, identified as Duangjai Xainakhon, 27, and Somporn Somsanuk, 24, were arrested by the Thai officials. The third Laotian managed to escape in the darkness.

Pol Col Paladet Petwa-ngo the deputy commander of Nakhon Phanom police, told the media on Tuesday that the seizure of the illicit drug and the arrest of the two Laotians was the result of an intelligence information.

Acting on the information, a police team was dispatched to the old building of the former provincial hall to lay in wait for a gang of drug traffickers about to smuggle a substantial amount of marijuana from Laos for delivery to their Thai buyers.

On Sunday night, a small motor boat was spotted heading toward the Thai side of the river and as it was approaching the old provincial hall, the boat skipper cut off the engine and the men on board rowed the boat toward the shore.

Once the vessel landed, the men helped unloaded five sacks of what were found to be compressed marijuana on the river bank. It was then that the waiting police and naval personnel rushed toward the boat and made the seizure. 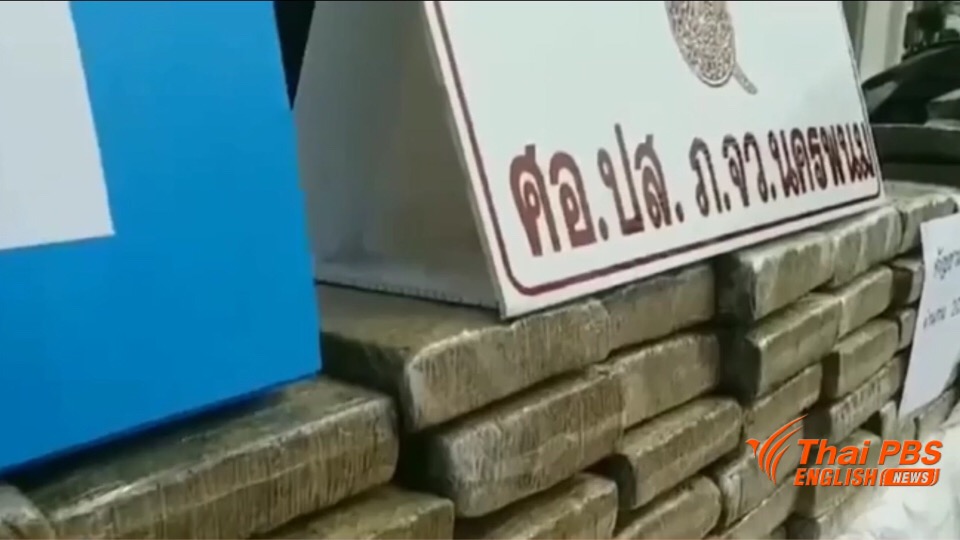