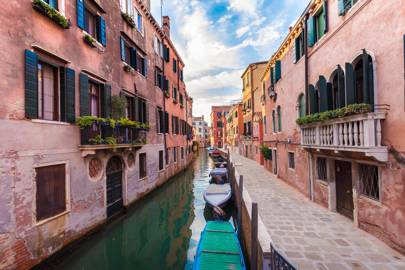 During any other summer, Europe would be heaving. But in 2020 there’s no standard-issue holiday season. With plenty of global travellers still grounded at home, even the most famous hotspots are much quieter than usual. It’s important to remember that many European countries rely on tourism – in Italy and Greece, tourism accounts for 13 and 20 per cent of the national GDP, respectively – so choosing where to go, and where to spend money when you get there, is more crucial than ever. If you do decide to travel this summer, these are the destinations to support – and you can have them mostly to yourself.

Italy is bouncing back after a challenging start to 2020 and has been welcoming travellers from the UK since earlier in the summer. Heading there now offers an unprecedented chance to experience grand, dramatic Venice in all its glory without having to jostle for space. Huge amounts of visitors normally arrive on cruises (amounting to about 1.6 million people in 2019), but the city isn’t currently allowing cruise ships to dock at all – which means the canals are comparably empty right now. You can hit the classic sights such as St Mark’s Square without having to dodge selfie sticks but, crowds or no crowds, the joy of Venice has always been to simply get lost in its warren of crumbling backstreets. Fuel up on cicchetti at some of the best Venetian restaurants or go for home-baked pizzette – we like Pasticceria Rizzardini – followed by a pit-stop at Gelateria Nico for a scoop of gelato before checking into one of Venice’s best private rentals, to really live like a local.