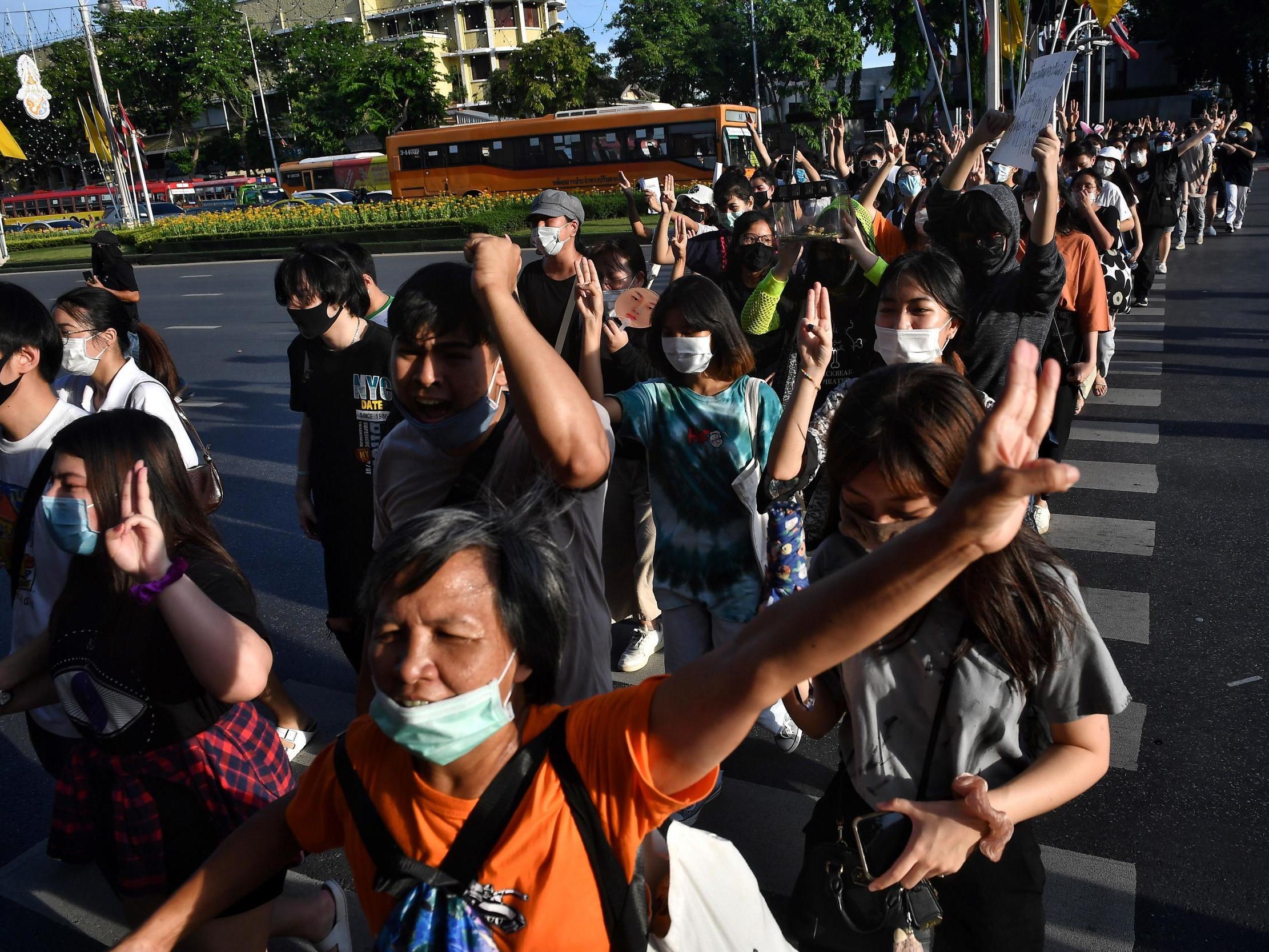 Hundreds of Thai protesters sang a Japanese cartoon jingle on Sunday with lyrics mocking the government as hungry hamsters feasting on taxpayer cash, part of a new protest movement by youth who say they are using whimsical tactics for serious ends.

Thai youths have been defying a coronavirus ban on gatherings to hold rallies almost daily since last week. The first rally, by a group called the Free Youth Movement, drew more than 2,000 activists, one of the biggest anti-government protests since a coup in 2014.

At Sunday’s demonstration, protesters sang new lyrics to the theme song for “Hamtaro”, a Japanese cartoon about a hamster who loves sunflower seeds. They ran in circles around Bangkok’s Democracy Monument, like hamsters running in a wheel.

Leaders of the Free Youth Movement have said they will return to the streets for another large-scale demonstration next week if their demands are not met, including dissolving parliament, revising a constitution written by the military and ending the harassment of government critics.

Some of the protests have been whimsical in tone, but the protesters say their political aims are serious.

“The adults may think because we’re doing this, they can’t take us seriously. But this is the way for the new generation,” said a 20-year-old protester who gave her name as Fah. “We are doing this differently in hope that something will change.”