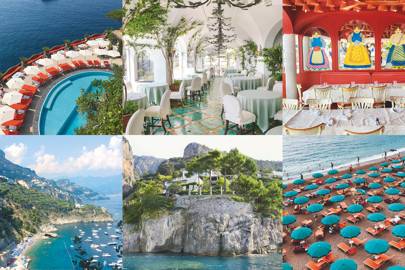 The Amalfi Coast has always been mythic – the Greeks, taken by the area’s expansive rocky coastline and dramatic mountains, attributed it an especially tender backstory. According to legend, Hercules fell in love with a captivating nymph whose name was Amalfi, who died prematurely and broke his heart. The demi-god searched and searched for a burial place worthy of her, and found it in what eventually became the town of Amalfi—which would one day rise to become a notable power. As one of his twelve labors, Hercules stole a tree from the Garden of the Hesperides and planted it on the site, to commemorate her final resting place. It was a fruit tree that bore what are today called Amalfi lemons—just a taste of the long list of iconic associations to eventually be drawn from this evocative, magical place.

Taken from Assouline’s Amalfi Coast, these are the prettiest Amalfi coast towns