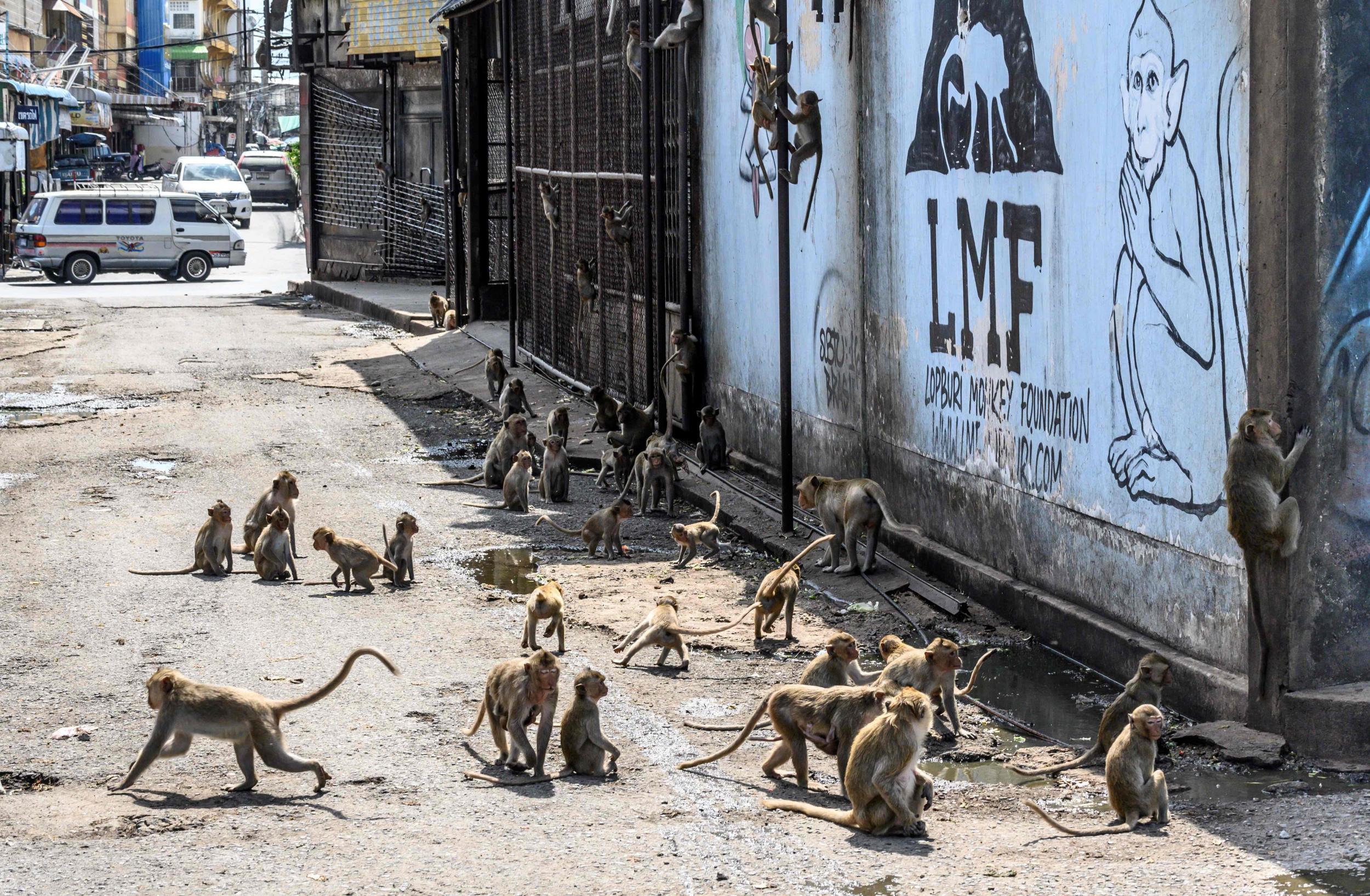 Thailand has decided to sterilise hundreds of monkeys in a city north of Bangkok, after the animals became hungry and aggressive amid a lack of tourists.

Thousands of macaques, which live in the ancient city of Lopburi, are usually reliant on visitors to feed them, but this food source dried up after Thailand decided to shut its borders to tourists on 4 April to stem the spread of Covid-19.

Since then, the monkeys have struggled to fend for themselves, becoming violent towards each other as well as humans in their search for food.

A video showing hundreds of monkeys brawling in the city went viral on social media in March.

Supakarn Kaewchot, a government vet, said: “They’re so used to having tourists feed them and the city provides no space for them to fend for themselves,”

She added: “With the tourists gone, they’ve been more aggressive, fighting humans for food to survive. They’re invading buildings and forcing locals to flee their homes. ”

Some of the animals are reportedly living in an abandoned cinema, while a nearby shop owner has set up stuffed crocodile and tiger toys in a bid to stop them stealing cans of spray-paint from their store.

To tackle the growing problem, authorities have positioned large cages with fruit inside them around the city. They hope to catch around 300 monkeys, which will then undergo sterilisation.

After they are sedated, they are shaved and given a tattoo with a unique reference number under their arms.

The captured macaques will then spend one night recovering from the operation, before they are returned to their respective tribes.

In total, the government aims to perform the operation on 500 monkeys over the next two months.

Ms Supakarn said the decision to sterilise them did not threaten their population but would allow authorities to reduce its rate of growth. “We’re not doing this in the wild, only in the city areas, ” she added.