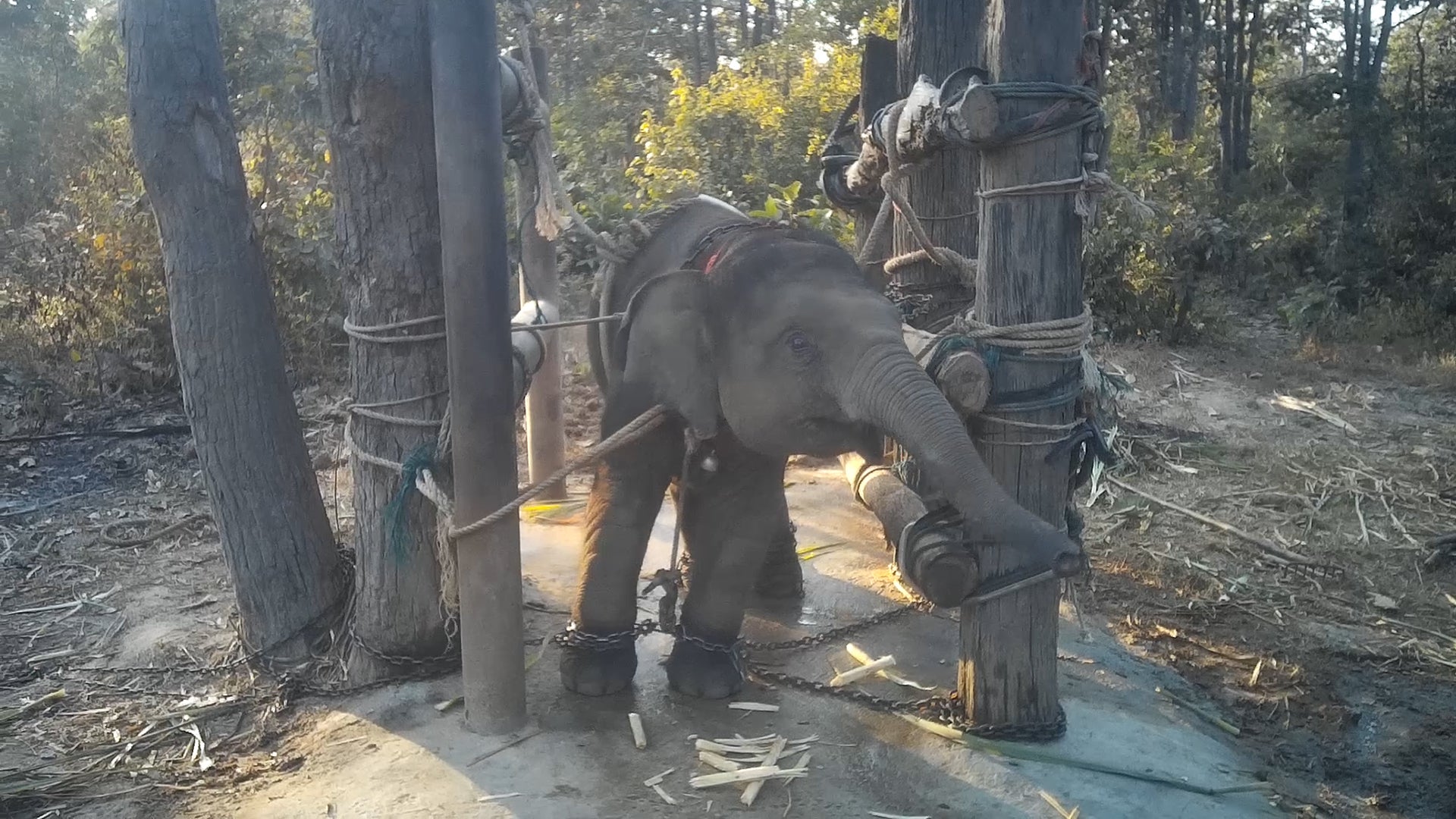 A cruel training method for baby elephants known as “the crush” has been revealed in rarely-seen footage.

The practice sees calves bound with chains and confined in narrow enclosures for days at a time to make them submissive enough to interact with tourists.

The footage is the first wealth of visual evidence in nearly two decades revealing that renowned elephant trainers in Thailand are using the practice, according to global non-profit, World Animal Protection (WAP).

Elephants are seen wailing while being separated from their mothers, bound with ropes and jabbed with spiked, metal hooks.

From December 2018 until January 2020, video was recorded of eight baby elephants in captivity in Thailand. Along with the tortuous “crush”, elephants suffered open wounds from repeated stabbing with hooks.

They are also conditioned using stressful situations such as being walked along busy roads. It is believed that it makes the elephants more pliable for performing, riding and bathing around tourists.

There are approximately 2,800 captive elephants in camps across Thailand.

WAP called for an end to the cruel practices and a breeding ban on captive elephants. For most of the animals in captivity, being released back into the wild is not possible, so an elephant-friendly camp is the best option. These camps are observation-only but still provide jobs as elephant keepers, known as “mahouts”.

Audrey Mealia, Global Head of Wildlife at World Animal Protection said:“For too long, these intelligent, sociable, creatures have been the victims of a cruel trade that rips baby elephants from their mothers and family groups. In the wild, mother, daughter and granddaughter elephants spend their entire lives together.

“Instead they are destined for a life of suffering and brutality behind the scenes, cruelly exploited as entertainers under the guise of innocent fun for visitors. Tourists are duped into believing they are helping these elephants and the conservation of the species, while in reality, they are creating the demand for such activities.

“The tourism industry has come to a halt in the wake of Covid-19 but it will re-build – this is the ideal opportunity to build a better future.”