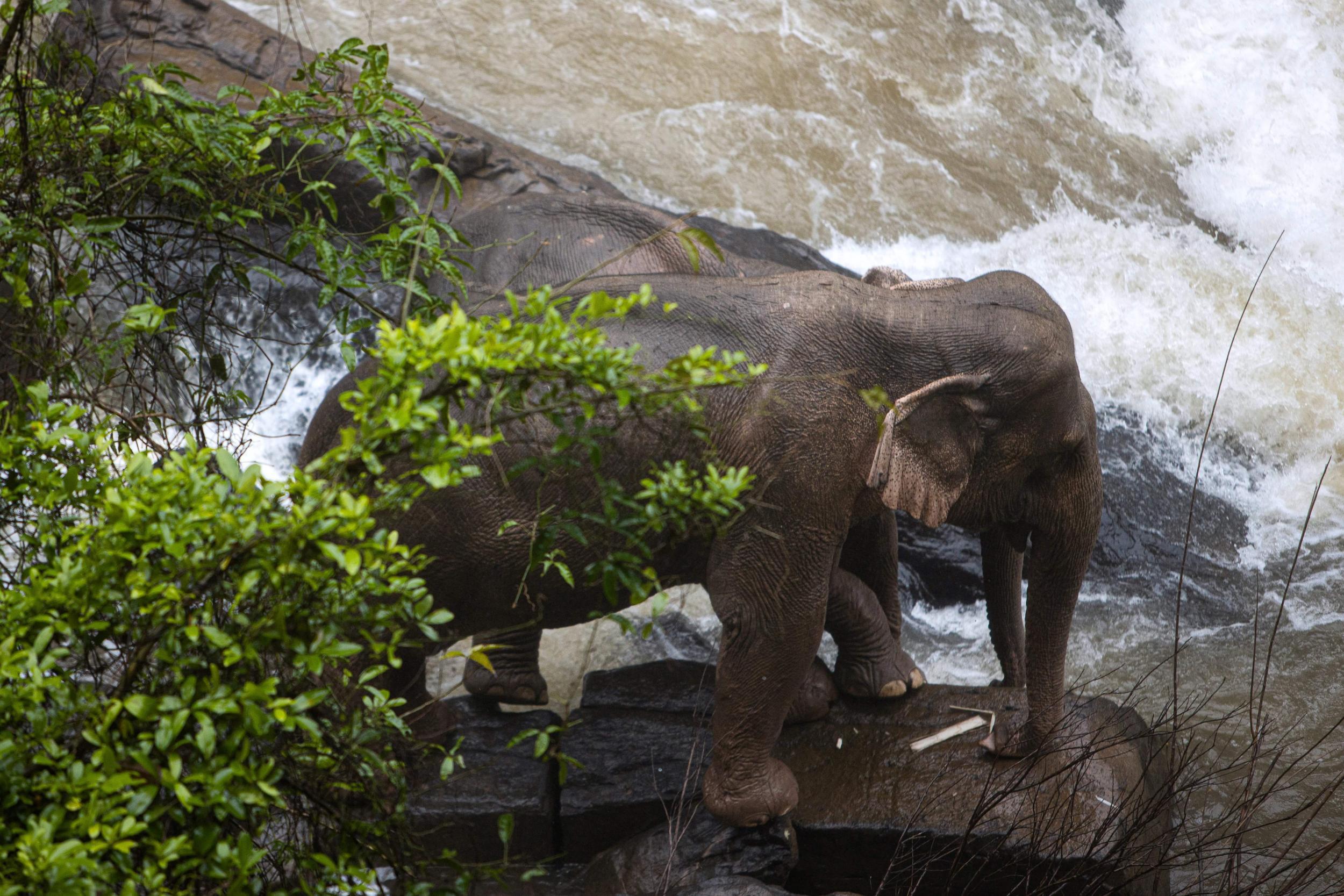 For as long as the elephants could remember – and that is a long time – the path to the river snaked down the hillside through jungle so dense a troop of pachyderms could simply vanish.

But about three decades ago, humans decided they, too, wanted to get to the river, to gaze at the waterfalls that cascaded into the Khao Yai National Park in central Thailand. The humans paved over part of the elephants’ trail with cement. They built toilets and snack kiosks.

The elephants, though, still needed to reach the river. They hewed close to the old route, the one imprinted on generations of pachyderm brains, but not so close that the day-trippers, with their picnics of sticky rice and grilled pork, would see them.

It was a fatal diversion. The new trail passed a cliff and an area prone to flash floods. Elephant after elephant drowned. In October, a baby elephant fell into the roiling waters. Others charged in to save the calf. All told, 11 elephants died.

Since the coronavirus pandemic accelerated in March, Khao Yai, Thailand’s oldest national park, has been closed to human visitors for the first time since it opened in 1962. Without the jeeps and the crowds, the park’s 300 or so elephants have been able to roam freely, venturing onto paths once packed with humans. Rarely spotted animals, like the Asian black bear or the gaur, the world’s largest bovine, have emerged, too.

“The park has been able to restore itself,” said Chananya Kanchanasaka, a national park department veterinarian. “We are excited to see the animals are coming out.”

Pandemic lockdowns have given nature a breather all around the world, bringing animals to unexpected places. Cougars toured the deserted streets of Santiago, the Chilean capital. Wild boars have strolled through the lanes of Haifa, Israel. Fish catches off Vietnam are teeming again.

In Thailand, nature rebounded quickly, too. In late April, a herd of about 30 dugong – a relatively rare marine mammal – showed up off a cape once crowded with tourist boats. Leatherback turtles and blacktip reef sharks have returned to other holiday hot spots, too. (In other places, elephants and monkeys that normally play a part in the tourist trade are suffering, however.)

The reprieve for Thailand’s wildlife has provoked a debate in a country where the bond with nature has long been framed as one of domination, either the jungle consuming people or people consuming the jungle.

Beyond the pillaging of its own rainforests, Thailand is a key way station on global wildlife trafficking routes, with horns, tusks and scales from as far away as Africa making their way to China.

Wild elephants from the region’s forests are trapped and mentally broken down to perform tricks for tourists. Poaching and logging are rampant in Thailand.

In 2018, a Thai construction tycoon was found in a wildlife sanctuary west of Khao Yai with a cache of weapons and the remains of a black leopard, a barking deer and a pheasant. A leopard’s tail was discovered in a soup pot.

Over the years, as park visitors have been educated on how to approach nature, their behaviour has improved, said Somporn Chaikarn, a Khao Yai senior ranger who has worked here for 33 years.

Early in his career, Mr Chaikarn helped build the path down to the Haew Narok waterfall so visitors could gaze up at the cascades that tumble down a nearly 550-foot descent.

Over the years, park employees have tried to reroute the elephants from their old trail, building concrete posts and other barriers. They have installed checkpoints. But elephants kept returning because many of the 108 species of plant they like to eat in the park flourish there.

“You cannot stop an elephant if it really wants to do something,” Mr Chaikarn said.

Khao Yai, which covers about 155 square miles and is part of a larger Unesco World Heritage Site, is believed to have the largest population of wild elephants of any national park in Thailand.

As roads were built through the park, the elephants liked to walk on the warm asphalt and began to treat passing cars as playthings, said Kanchit Srinopawan, who was the head of the park until March and now is the director of the office of natural resources and environment for Prachin Buri province.

“They like sedans, especially, because of the perfect size,” said Mr Srinopawan, showing a picture on his phone of a bull elephant mounting a Mercedes-Benz.

In October, the first sign of trouble came when, amid unusually late monsoonal downpours, a panicked trumpeting echoed from the Haew Narok waterfall. The name means Hell’s Ravine. Floods made reaching the area impossible, but some of the rangers had a hunch about what had happened. Every year, one or two elephants die in the fierce currents, they said. And in 1992, a baby slipped, and seven others followed to try to rescue it. All eight died.

This time around, a baby elephant, around 3 years old, slipped trying to cross the river and plunged nearly 200 feet to the second tier of the waterfall. One after another, members of the herd tried to save the calf.

The only elephants in the group that did not jump in were another baby and its mother.

The panicked cries eventually quieted, and the rains stopped. But floodwaters still impeded the rangers. Days later, they found six bodies. Days after that, a drone located five more.

“The deaths of the 11 elephants were preventable, and the mismanagement by the park was preventable,” said Kemthong Morat, a prominent Thai conservationist who went on a hunger strike to bring attention to their safety. “They seem to forget that the national park’s purpose is for research and conservation. Khao Yai’s big tourism revenues made them forget the main purpose of the park.”

“The environmental groups say that we focus too much on tourists, not on the elephants, but we need a balance,” he said. “We also have to take care of the people who love wildlife and want to enjoy unspoiled nature.”

The park’s official Facebook account has celebrated how otters have returned to sunbathe in the river and chipmunk pups to gambol in the branches. The shy serow, which resembles a missing link between a goat and an antelope, is scampering through meadows, as is the dhole, a springy Asian wild dog.

With few cars around, the elephants, the park’s dominant species, stroll the roads, chomping on foliage without needing to retreat to dangerous corners of the forest where cliffs meet waterfalls.

“We should consider if we should close down the park every year,” said Ms Kanchanasaka, the national park veterinarian. “Nature can restore itself to its fullest.”