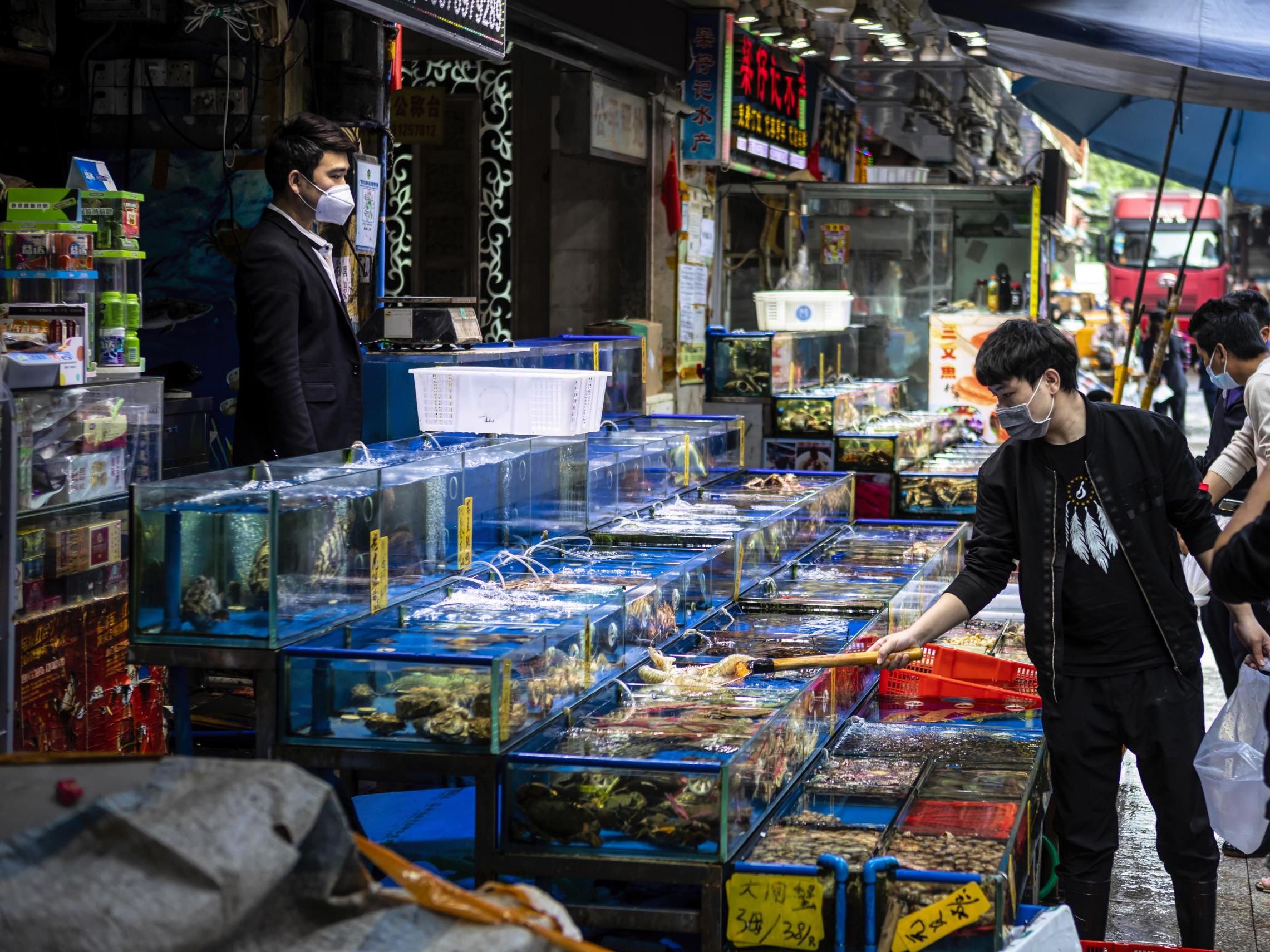 As scientists race to develop a vaccine to help curb the coronavirus in future, others are looking back at how it began, with a view to preventing future outbreaks.

Experts agree that the virus, which has officially led to more than 7,000 deaths worldwide, originated in a market in Wuhan, China, that had kept vast numbers of species crammed together, in busy passageways that often flowed with the blood of animals killed on demand for customers.

Similar “wet” markets – so called because of the slaughter on site – thrived around China, and certain other regions including Indonesia and Thailand.

These markets put side by side species that would never normally mix in the wild, according to Steve Blake, of the US-based WildAid organisation.

With people being in such close contact as well, such places, where body parts and blood are out in the open, have been described as a perfect breeding ground for the emergence of “zoonotic” diseases – those that jump from animals to humans.

Last month, scientists at South China Agricultural University identified pangolins as a possible coronavirus host. It was suspected the pathogen may have come from bats, which are considered a delicacy, and then been spread to people by the endangered scaly ant-eater.

Hong Kong University virologist professor Leo Poon told CNN: “These viruses can jump from one species to another species, then that species may become an amplifier, which increases the amount of virus in the wet market substantially.”

World Animal Protection says: “Wildlife markets crowded with people and wildlife are a ticking time bomb for deadly epidemics. The animals are poached from the wild or intensively farmed, often placed in squalid, cramped cages, creating a lethal hotbed of disease, as well as causing enormous suffering and cruelty.”

But it doesn’t have to be this way, the organisation says, if a temporary wildlife trade ban introduced by Chinese government last month was made permanent, enshrined in law and rigorously enforced.

From rabies to the zika virus, and from bird flu (H5N1) to Sars – also a coronavirus thought to have originated in started in wet markets – most dangerous diseases have been traced back to animals taken from the wild.

The US-based Wildlife Conservation Society says handling or coming into close contact with wildlife, their body parts, and excreta poses the risk of spillover of the pathogens that animals naturally host.

The group says a billion cases of human illness and millions of deaths occur every year from zoonoses. “Some 60 per cent of emerging infectious diseases that are reported globally are zoonoses, and of the more than 30 new human pathogens detected in the past three decades, 75 per cent have originated in animals,” WCS claims.

Aysha Akhtar, a neurologist and public health specialist at the US Food and Drug Administration, says the production of animals for food – as well as the global trade in wildlife – fuels the rise of new infectious diseases.

“As our demand for animals for food, skins, and entertainment increases, so do our risks of infectious diseases,” she wrote in HuffPost.

“We likely got HIV and Ebola through the bushmeat trade. And though we do not know exactly how humans first contracted Zika, we do know that Zika was first discovered in a rhesus monkey.”

She adds: “For every human on this planet, there are about 10 land animals raised and killed for food at any one time … the intensive confinement of animals for food is directly responsible for the explosion of deadly new strains of bird and swine flus.”

Animal agriculture is a major driver of deforestation and climate change, which exacerbate human overpopulation, more urbanisation, international travel and habitat loss, all of which increase disease, she argues.

Meanwhile, experts agree that closing down the wildlife trade across China, Asia and other parts of the world, would reduce risks significantly.

Professor Andrew Cunningham, of the Zoological Society of London, said: “The highest priority for the protection of human health is to ban “wet” markets and to carefully regulate any future legal wildlife trade.”

And he warned against a cull of bats, adding: “It is imperative that these species are not culled through misguided ‘disease control’ measures.”

According to World Animal Protection: “Wild animals belong in the wild. A permanent ban on wildlife trade by China, and the rest of the world, is the only solution – keeping wild animals wild.”

But there are fears that the next ticking timebomb could be antibiotic resistance.

Many farmers routinely use antibiotics on their farm animals to prevent disease, rather than treat it.

The World Health Organization says the high volume of antibiotics in food-producing animals contributes to the development of antimicrobial-resistant bacteria, which can be transmitted from animals to humans.

Back in 2017, Dr Tedros Adhanom Ghebreyesus, director-general of the World Health Organisation, warned. “A lack of effective antibiotics is as serious a security threat as a sudden and deadly disease outbreak.”