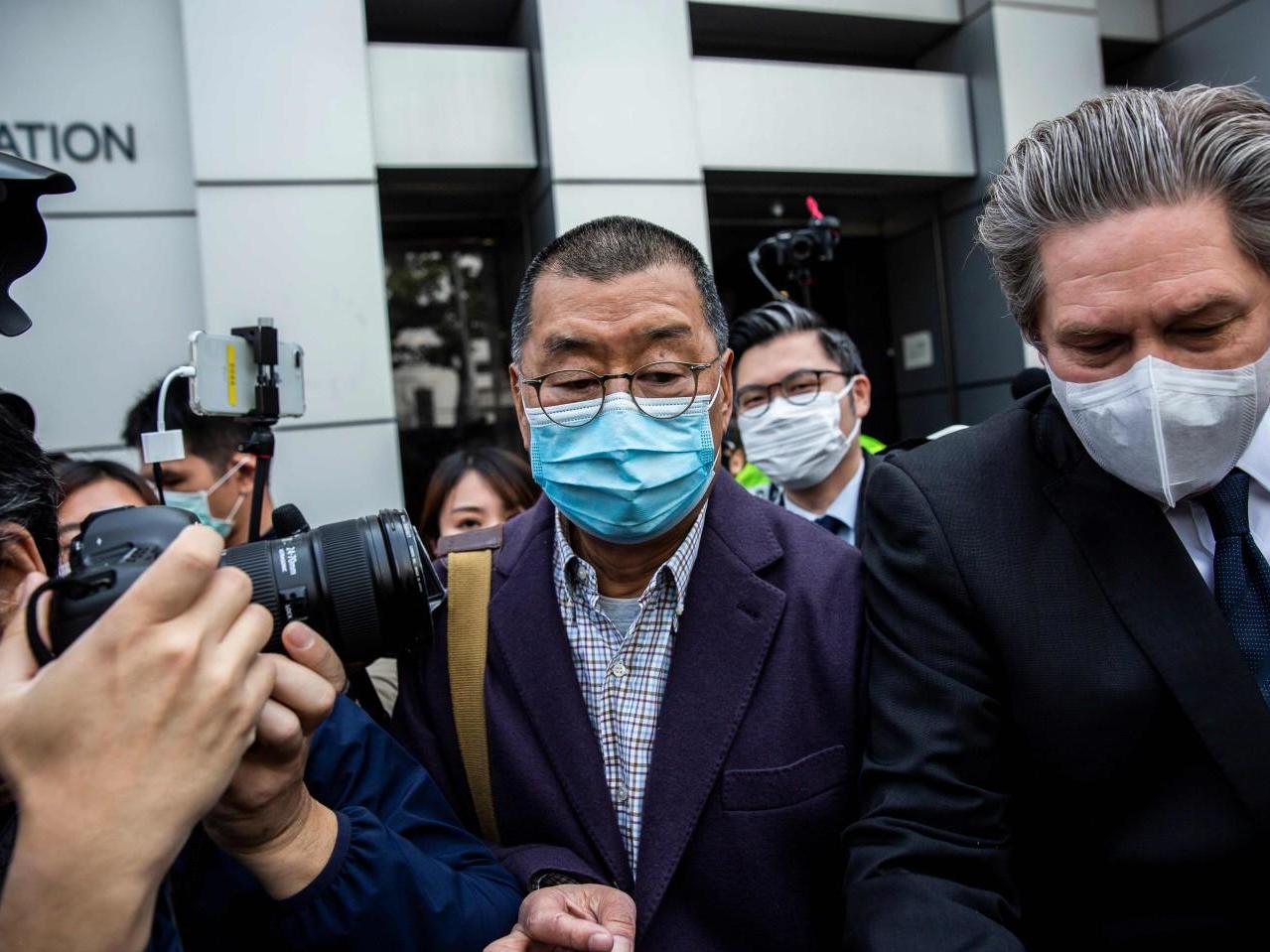 A Hong Kong media tycoon known for his ardent opposition to China has been arrested over his role in a pro-democracy protest last year, the police said, dealing another blow to the city’s independent media.

The tycoon, Jimmy Lai, a rare figure among Hong Kong’s elite for his willingness to take on Beijing, owns Next Media Group, which publishes a popular pro-democracy newspaper and website called Apple Daily.

His arrest comes as the city has been dealing with the twin shocks of the protest movement and now the coronavirus outbreak.

His singular status as a prominent businessman in Hong Kong who openly supports the democracy movement and anti-government protests has made him a frequent target of Beijing-backed elements.

Mr Lai was arrested on allegations of taking part in an unauthorized assembly on 31 August, a police spokesman said on Friday, without specifically naming him. That day, crowds of protesters defied a police ban on their march and clashed with riot officers.

Two other veteran pro-democracy activists were also arrested on Friday over their roles in the protest.

The unexpected, high-profile arrests, which took place at the activists’ homes, were made as Hong Kong, already rocked by months of protests last year, battled to contain the coronavirus outbreak, which has fuelled panic and further distrust of the authorities.

Mr Lai was also arrested on allegations of “criminal intimidation” over an incident three years ago, the police spokesman said.

Oriental Daily, a pro-Beijing publication, published a clip from an exchange that day, on 4 June, 2017, which showed Mr Lai using foul language and uttering threats at one of its reporters at a vigil commemorating the 1989 Tiananmen massacre.

“Finally arrested after more than two and a half years,” the site’s headline read. It was unclear what had preceded the exchange.

The arrests were made the same week as a court in China sentenced a Hong Kong bookseller, Gui Minhai, to 10 years in prison.

Mr Gui sold gossipy books about China’s leaders and disappeared mysteriously in Thailand in 2015 and later emerged as a target of China’s effort to quell dissent.

The arrests on Friday morning came after the arrests of more than 7,000 demonstrators since June as part of the Hong Kong government’s campaign to clamp down on the protest movement.

China has worked relentlessly to vilify Mr Lai, who has provided a powerful, wide-reaching platform to the mostly young and leaderless protesters in Hong Kong.

In a Facebook post on Friday, the Labour Party in Hong Kong confirmed that the police had arrested its vice chairman, Lee Cheuk-yan, a longtime democracy advocate, over his role in the 31 August March.

It condemned the police for “indiscriminate arrests” and “suppressing Hong Kong people’s right to protest.”

Yeung Sum, another activist and former chairman of the Democratic Party, was also arrested on Friday, the party said.