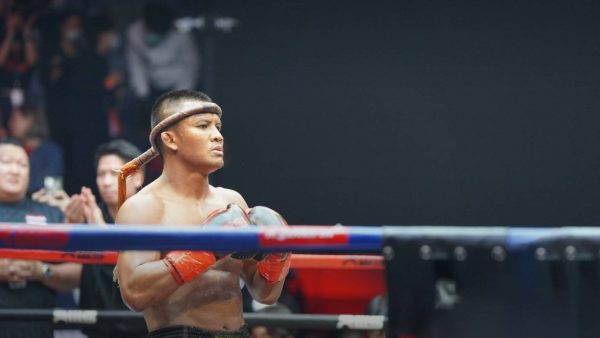 Thailand’s Muay Thai champion Sombat “Buakaw” Banchamek has joined the spat between Thailand and Cambodia over the name of a boxing event in the 2023 SEA Games, to be hosted by Cambodia in May, by posting an online message insisting that he is a Thai national of the Kui or Suai tribe, famous for capturing and training elephants.

In his Facebook post on Tuesday, Lt Sombat Banchamek, better known as “Buakaw”, wrote about the history of the Kui or Suai people and his Kui ancestry, which he insists is not Cambodian.

He said that the Kui people inherited the skill of capturing wild elephants with the use of a rope made from cow hide, which is regarded as a sacred item inhabited by spirits of the Kui ancestors.

Buakaw then referred to the annals of 2000 BE (AD 1457) when a Khmer king sought help from a Kui chieftain by sending troops to support the quelling of a rebellion in the capital city and to restore peace and order.

He claimed that the Kui people had already settled in the lower Mekong at a time before the Sukhothai kingdom was established.

Kui people, he claimed, can be found on other tributaries of the Mekong River and in the Phnom Dangrek mountain range.