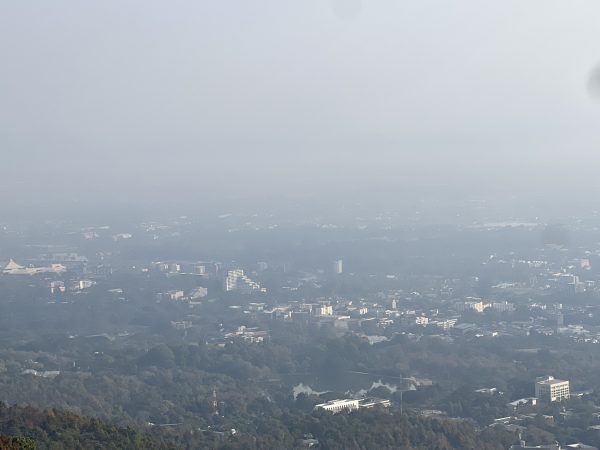 The problem of PM2.5 dust in the atmosphere in Bangkok and its suburbs, as well as in six northern provinces, is forecast to get worse this Friday and Saturday, said the Pollution Control Department.

On the Air4Thai website, the PCD reported on Wednesday that the general air quality across Thailand at 11am ranged from very good down to a health-threatening level, with the amount of PM2.5 in the atmosphere exceeding the standard level (currently 50 microns in Thailand) in:

Although air quality today (Wednesday) is slightly better than yesterday, the levels of PM2.5 and PM10 still exceed the standard level.