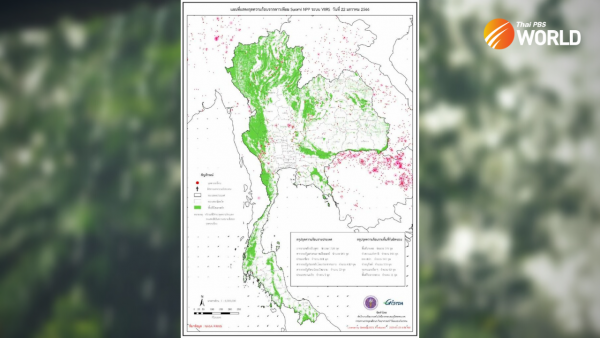 More than 3,500 hot spots were detected in Thailand, Cambodia, Myanmar, Laos and Malaysia on Sunday, by the Suomi NPP satellite, raising serious concerns over forest fires, cross-border pollution and PM 2.5 dust during the dry season.

According to Thailand’s Geo-Informatics and Space Technology Development Agency (GISTDA), more than 1,300 hot spots were detected in Cambodia alone, with by 965 hot spots in Myanmar, 612 in Laos, 72 in Vietnam and 5 in Malaysia.

In Thailand, there were 176 hot spots on farm land, 143 in national forest reserves, 141 on land under the land reform program, 92 in local communities and 11 along highways.

GISTDA said that the major concerns are over forest fires, which will exacerbate the problem of PM2.5 pollution in areas bordering Thailand, such as Myanmar, Cambodia and Laos.

GISTDA said smoke from neighbouring countries affects Thailand’s economic and social systems almost every dry season, adding that GISTDA will soon introduce the Thailand Earth Observation System-2 (THEOS-2), to monitor and assess smoke and its resulting impacts, so measures can be adopted to prevent or mitigate the problem.