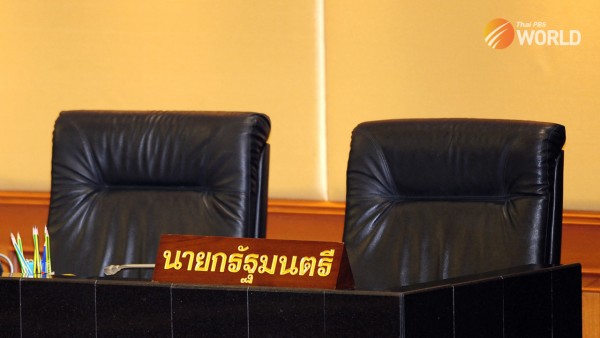 The much-taunted and extremely unlikely post-election scenario of Pheu Thai joining hands with Palang Pracharath to form a government would be historic if it happened. Anything shorter than that will be dismissed by future historians as one normal development of a never-ending “ideological” war.

Even a Pheu Thai landslide most likely will not reach the truly “historic” level. Its origin, Thai Rak Thai, won 377 House seats in 2005, becoming the first political party to represent more than half of the House of Representatives. PheuThai won 136 seats in 2019 and even if it had been given party-list seats according to its preferred rules, the number would have still been nowhere near Thai Rak Thai’s 2005 achievement.

To add to that, Thai Rak Thai set historic records when there was no obvious ideological divide in Thailand, and Thaksin Shinawatra was popular for his policies, made good use of political marketing, managed to dominate the northeastern region and had to compete against the Democrats primarily only. Things are different and harder for Pheu Thai this time.

To put it in a perspective, for Pheu Thai to come up with a historic landside _ in other words better the 2005 success _ Palang Pracharath, Ruam Thai Sang Chart, Move Forward, Bhumjai Thai, Democrat, Seri Ruam Thai and smaller parties would have to fight one another for the remaining 120 seats or so. It’s virtually impossible.

More competitors are not the only thing that Pheu Thai will be facing. The party  will have to navigate a landscape of great political divide, something that was non-existent or minimal during first days of Thai Rak Thai.

In 2011, Pheu Thai won 265 seats. That was when ideological rumblings began. The parliamentary number following prolonged Rajprasong protests which ended very violently was impressive but it remains a far cry from the peak of Thai Rak Thai. In the last general election, Pheu Thai won 136 seats. It complained that post-coup electoral rules gave it no party-list seat at all, but the party would have required 129 party-list seats to equal its own 2011 record.

(The dissolution of the Thai Raksa Chart Party and the emergence of Future Forward mean the 2019 poll numbers must be looked at with added perspectives. But even if circumstances had been different, the 2005 bar set Thai Rak Thai would still have not been breached.)

So, most likely, nothing will make history unless Pheu Thai and PalangPracharath form an alliance that would dilute clashing ideologies which have been stalling Thailand for decades. In fact, Thailand’s biggest political parties have always been on the opposite sides. If one is the government, the other must be in the opposition, which is actually crazy.

The closer their competitions get, the crazier it becomes. This questionable political tradition has been holding sway in Thailand for a very long time. On the one hand, it’s a “beauty of democracy”. On the other hand, it asks very curious questions. Who says the two biggest parties will have to be enemies and tear each other, thus the nation, apart? Shouldn’t democratic logic call for their cooperation, because they are supported the most by the populace anyway?

The winner-takes-all concept is threatening a civil war even in America, a political “model” with purportedly advanced citizenship, so what chance does a “democratically-fledging” country like Thailand get? Besides, according to former Pheu Thai activist Jatuporn Prompan, even if one camp becomes clearly dominant in Parliament, there’s the danger of mandate being misused and everything could go back to Square One.

Most signs indicate that it would be more of the same after the next general election. However, the unthinkable cannot be entirely ruled out. Rumours have it that a political courtship is taking place between Palang Pracharath and PheuThai. This has irked the latter’s allies and supporters of Prayut Chan-o-cha alike.

The speculation has refused to go away, largely because repeated denials _ mostly by Pheu Thai _ have not been strong enough. Paetongtarn Shinawatra, Thaksin’s daughter who is tipped to be nominated as Pheu Thai prime ministerial candidate, said this week that policies that support each other and public interests are the prerequisite for post-election alliance. Sensible and politically correct as it sounds, the statement can be used both ways. It can ward off Palang Pracharath if Pheu Thai needs to, but it also can invoke marriage with the ruling party, again if Pheu Thai needs to.

In the end, numbers, not rationality, will determine which way Paetongtarn’sstatement goes. If Pheu Thai is able to gather a massive House of Representatives majority without the need for Palang Pracharath, a political history will not be made.

But if there cannot be a huge House of Representatives majority without PalangPracharath’s presence, perhaps a political taboo that is somewhat incomprehensible will be confronted for the first time.

To put it bluntly, if a history is to be made, it will be due to numbers, not proper reasons.