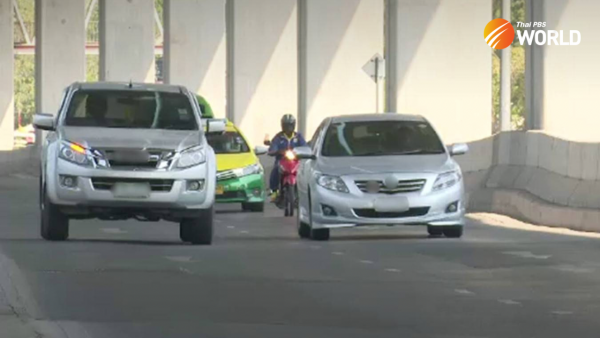 The Italian-Thai Development Corporation will begin major roadworks on the local road between Laksi and Don Mueang on January 25th. The work is to repair the undulating road surface, which has been a constant cause of complaints from motorists.

The public relations office of the State Railway of Thailand said in its recent Facebook post that the road, which runs parallel to the railway, has been repaired several times, but usually not the entire road, leaving the problem of the undulating surface unresolved.

The office said that, while previous maintenance work seems to have been a waste of money, the SRT will designate problematic areas, which will be resurfaced one by one until all are completed. This will take about two months.

Motorists will be advised, in advance, to avoid the route during the maintenance and to switch to alternative routes, said the SRT.