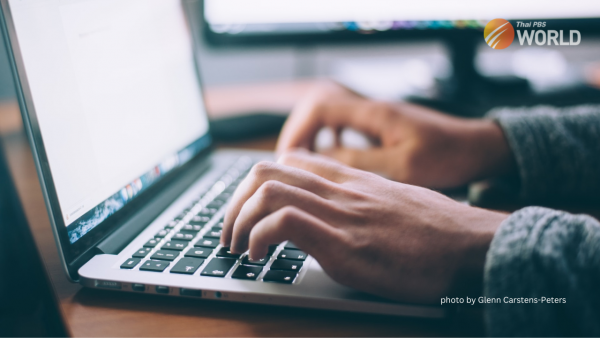 When a student cheats in an exam, the penalty is usually at least a failing grade. So when the Thai public recently learned that many university professors had likely bought their research papers, it was eager to see what punishment would result.

The Higher Education, Science, Research and Innovation Ministry has instructed all universities to check the source of all research papers produced by lecturers to ensure strict compliance with academic ethics.

“If the investigation confirms wrongdoing on the part of faculty members, universities must take action and report the results to the ministry,” the order says.

The Council of University Presidents of Thailand also declared that it will not tolerate such a breach of ethics. If any of its members are found to have bought research papers or citations, they would be punished, it warned.

Assoc Prof Jessada Denduangboripant, a lecturer at Chulalongkorn University, also emphasized that authorities must take a firm stance against such wrongdoing.

“Paying a fee to an agent to get your name put on an article is a grave offense. It’s absolutely wrong. It cannot be defended in any way,” he said.

Source of the scandal

Concerns were first raised on January 7 by Dr Anan Jongkaewwattana from the National Center for Genetic Engineering and Biotechnology.

“The most intimidating business in research circles is the one that sells studies for interested buyers to claim as their own,” he wrote on social media.

Apparently, where your name is placed in the study depends on the money you are willing to pay. For instance, being named as primary author is the most expensive, while getting listed as a co-author is cheaper.

Once the names of the author and co-authors are filled, the paper is submitted for publication. Once published, the so-called authors can seek reimbursement from their employer under the pretext that they had to pay an advance for researchers. Or they can put in a claim for promotion up the academic ladder.

Assoc Prof Dr Weerachai Phutdhawong, a chemistry lecturer at Kasetsart University, also blew the whistle in his capacity as secretary of a center for state universities’ staff. He claimed that at least 10 Thai university lecturers have bought research papers written overseas.

Both CMU and CRA are investigating the accusations.

Freedom of expression: A prerequisite for resolving any conflict

Where can you buy authorship?

Many outlets offer research that can be accredited to anyone who pays a fee. Among them is the Science Publisher Company, which openly advertises online that it offers “public support services for academic, scientific manuscripts and papers”.

The fee for being accredited in, for example, an article related to agriculture can range from US$800 to $1,000.

Shopping on the website is easy, with clear guidelines on how to purchase an accreditation. All the buyer has to do is choose a subject, and they will be given an invoice to be settled within five days. Support staff are also on hand to answer any queries.

Weerachai said it was astonishing to see that some professors had published nearly 100 research articles within a year. He said that despite decades of hard work in his field, he had only managed to get some 50 articles published.

Apart from being incredibly prolific, these lecturers also aroused suspicion by having their names listed alongside academics they are unlikely to have ever met.

“You won’t see the students they are advising or mentoring listed as co-authors. Instead, their co-authors will be foreigners from countries like Iraq, Iran, Hungary or Russia,” he continued.

Another point that raised his doubts was their choice of subjects. For instance, Weerachai said, it was strange to see someone from the field of education produce a paper on complex medical topics.

Wanich Suksatan, a nursing lecturer at the CRA, was among the first to arouse suspicion when the scandal broke earlier this month. The reason was that he had managed to publish a number of studies and had recorded a huge number of research citations.

He ranked No 1 in the h-index of all 21 researchers monitored by the https://www.adscientificindex.com. The h-index is an author-level metric that measures both the productivity and citation impact of publications of a scientist or scholar.

Facing questions, Wanich hit back with a statement claiming he had taken part in every study that listed him as a key researcher, corresponding author, reviewer or academic editor.

“I have not bought any accreditations,” he said, insisting on his innocence.

Prof Dr Sompong Jitradub, a board member of the Equitable Education Fund, blames the accreditations-for-sale business not just on unethical lecturers but also on structural problems within Thailand’s higher education sector.

Autonomous public universities adopt such conditions in the hope that their lecturers will be active in their fields, he added. The publication of studies is also part of the employment conditions.

For instance, if a lecturer is not promoted to assistant professor within six or seven years, their employment contract may not be renewed.

And once they become assistant professors, they are pressured to continue climbing the academic ladder. For instance, they will be expected to become associate professors within three to five years.

“This is why some lecturers are obsessed with research. Some want to climb the ladder fast, so they can claim more benefits and power. Hence, they may be interested in buying accreditations on research papers,” Jessada said.

“Others, meanwhile, may be looking to buy accreditations simply because they risk losing their teaching job.”

Jessada also believes that the obsession with high university rankings makes some lecturers ambitious to show outstanding research abilities, so their institute can climb the list. As a result, some may end up choosing the wrong method.

Assoc Prof Puangthong Pawakapan, who teaches at Chulalongkorn University’s Faculty of Political Science, said the requirements for advancing on the academic career path are tough.

“The authorities have set increasingly higher standards over the years. The latest requirements have been in effect since early 2022,” she said.

Under the latest rules, to climb to the top of the ladder and achieve full professorship, a lecturer is required to conduct at least 10 studies, gain at least 1,000 lifetime citations, head at least 10 research projects and achieve a lifetime h-index (Scopus) of at least 18.

“These requirements are crazy,” she said.