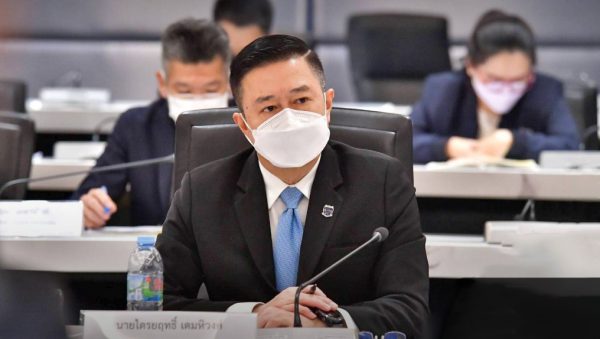 Somsak’s order did not include a specific reason for the lightening transfer of Triyarith, apart from saying that the “swap” of positions by the two men was for the “effective and performance of the DSI and the Central Institute of Forensic Science” and to allow the two men to do the jobs for which they are most suited.

The transfers of both Triyarith and Suriya take immediate effect.

Triyarith’s transfer is regarded as a demotion, because the DSI is a larger organisation, with more personnel and greater scope of responsibility.

Observers, however, pointed out that the abrupt removal of Triyarith is believed to be related to the ongoing scandal, in which some DSI officials are implicated, along with some police officers, wherein money was allegedly extorted from Chinese businessmen involved in illegal businesses, in exchange for setting them free.

Five DSI officials, nine 191 police officers, one army officer and a Chinese interpreter have been arrested on charges of extorting about 9.5 million baht from a group of Chinese people linked to illegal businesses in Thailand.

The group of officers had arrested 11 people, including some Chinese, in a house reportedly rented by the former consul-general of the Republic of Nauru on December 22nd.  All but one was released and all the Chinese men fled the country after they gave money to the officers.