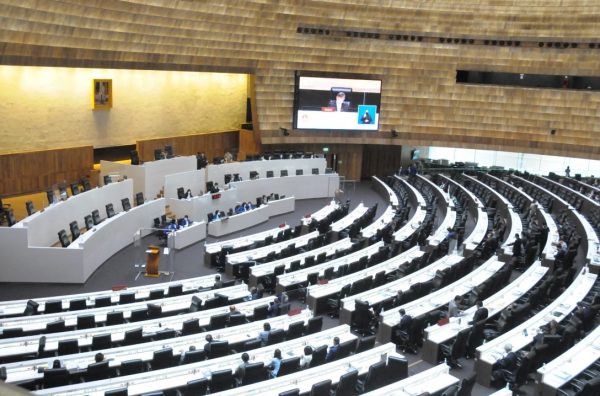 A Palang Pracharath Party MP said Wednesday that there is no chance that the Cannabis Bill will ever pass its second reading in the House, because of stiff opposition to it from the Democrat, Pheu Thai and Move Forward parties.

The MP, Pichet Sathirachaval, said that, even within the ruling Palang Pracharath Party, some MPs do not agree with the bill, due to stiff resistance from Muslim communities and parent groups.

A member of the House scrutiny committee deliberating the bill, Panthep Puapongpan, admitted that the committee is powerless to save the bill, as he demanded that the House Speaker reveal the names of the MPs who refused to vote on the bill today (Wednesday), accusing them of not performing their duty.

The House meeting to vote on the bill was adjourned after most MPs left the chamber or refused to declare their presence, denying the meeting the required quorum.

Deputy House Speaker Suchart Tancharoen, who chaired the meeting, ordered a vote to be taken on Section 11 of the bill, reasoning, about half an hour into the meeting, that there was no need for further debate.

A vote was taken, but only 203 of the MPs who were present in the chamber cast their votes. 174 voted in favour of Section 11, with four voting against and 24 abstaining. One MP did not cast a vote.

Suchart then declared the vote null and void, on the grounds that the meeting lacked a quorum, which requires 216 MPs to be present in the chamber.

Pheu Thai Party leader Chonlanan Srikaew said today that the House will continue to collapse every time the Cannabis Bill is to be debated or voted upon.

He said that all parties concerned agree that cannabis should be decriminalised for medical use only. He said that the party is willing to be criticised by the public for not attending House meetings to consider the Cannabis Bill.