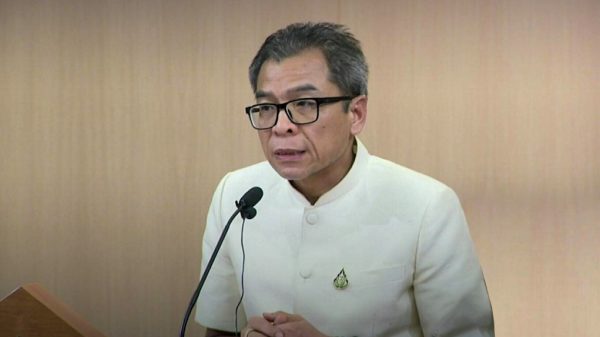 Thailand’s Election Commission (EC) has instructed election directors in the country’s 77 provinces, including Bangkok, to keep a close watch on the activities of political parties and their candidates, especially incumbent ministers and political office holders, ahead of this year’s General Election.

The officials were told to report back to the EC any political activity which is in violation of election-related laws and to provide advice to candidates or potential candidates on how they should avoid breaking the law.

The next election is to take place in early May, if the House is not dissolved before the end of its term on March 24th.

Although election campaigning is not yet legally allowed, several parties, on both sides of the House, have been holding political events, such as introducing their potential candidates to their constituents in the provinces.

Provincial inspection trips by ministers during weekends, under the guise of visiting villagers or inspecting unfinished projects, are also increasing.

Frequent resignations from parties among incumbent and former MPs are also occurring, as they seek greener pastures in which to boost their chances of being re-elected.