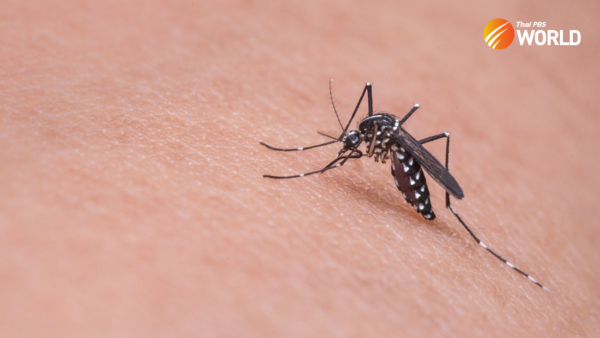 The number of malaria and dengue fever cases is expected to be 3-4 times higher than in 2022, according to Dr. Tares Krassanairawiwong, director-general of the Disease Control Department.

Quoting the Malaria Information System, he said there were 10,174 cases last year, three times the cases in 2021 and 45,145 dengue fever cases, an increase of 4.5 times the figure in the same year.

31 people died of dengue fever and two from malaria last year, said Dr. Tares, as he predicted an increase in cases this year.

Most of the malaria cases were found in Tak, Mae Hong Son and Kanchanaburi provinces, he said, adding that 1,370 cases of chikungunya disease were found, although there were no fatalities, but the cases were double those of a year ago.

Meanwhile, Dr. Sophon Iamsirithavorn, deputy director-general of the Disease Control Department, has advised people who feel ill following a mosquito bite not to treat themselves by buying NSAIDs from pharmacies, but to immediately see a doctor.

Protection from mosquito bites and eradication of mosquito breeding grounds are effective methods to prevent thediseases, said Dr. Sophon, adding that the use of chemicals to eliminate mosquitos is necessary, especially when there is an outbreak of associated diseases, but their use must be properly controlled.

Fumigation to eliminate mosquitos at home and in communities, with ultra-low volume (ULV) chemicals, has proven effective at killing about 90% of mosquitos in trials in Bangkok, Chiang Mai, Phichit, Nakhon Pathom, Udon Thani, Phang-nga and Songkhla, according to the Division of Vector-Borne Diseases.