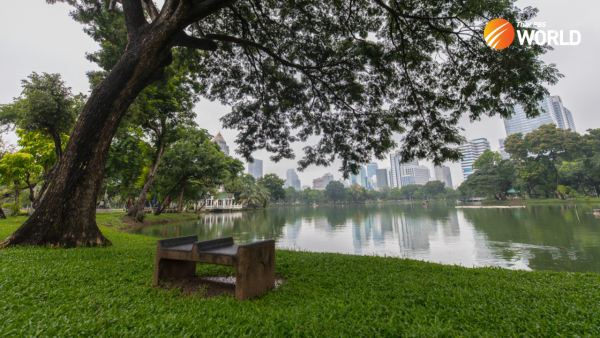 According to Pornphrom Vikitsreth, an advisor to the Bangkok governor, the “15-minute” park project is an answer to the shortage of big parks in the city and provides green areas which are a short walking distance from communities, so people can use them for recreation or to take their pets (where pets are not banned).

Pornphrom said yesterday (Monday) that the BMA has already acquired 107 plots of land, which can be transformed into public parks and which are within a 15-minute walk fromsurrounding communities.

Pornphrom said that 13 of the plots have already been turned into public parks, but the BMA wants to build at least 30 parks each year in Bangkok, with a 30 million baht budget allocated annually for this project, adding that smaller parks will be more accessible and convenient for city residents,unlike larger parks which may be too far away.