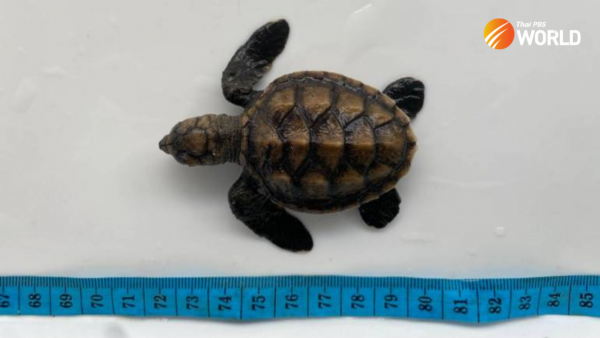 Eleven baby turtles, which were found washed ashore last September in Sattahip and which had ingested garbage, have all died.

According to officials of Thailand’s Department of Marine and Coastal Resources, veterinarians found garbage, including plastic, in the stomachs of every baby turtle and could not save them.

The turtles were weak when they were found, said officials, adding that they refused to eat and, after a month, they beganto die. In the three following months all of them had died.

According to veterinarians, although the amount of garbage in the stomachs of the baby turtles was small, it could cause a lot of pain.

Officials suspect that the turtles were washed into the sea from Ko Khram or Ko Lan in Chon Buri, which are nesting grounds for sea turtles.

Because baby turtles cannot dive to avoid predators, they have to float on the sea surface and hide amidst flotsam and jetsam swept up by sea currents, said the officials, adding that the deaths of the turtles should serve a reminder of the dangersposed to them by garbage, especially plastic and discardedfishing nets.

This threat can be reduced if garbage is not dumped into the sea or waterways which flow into it.