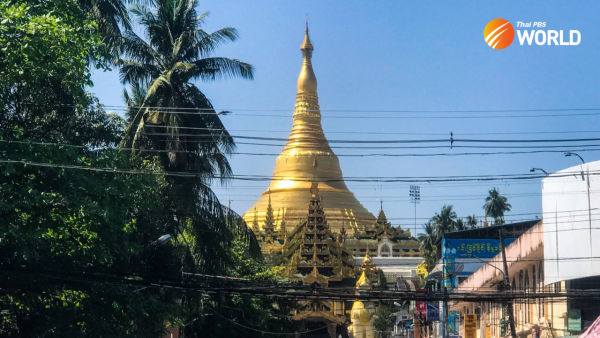 This general view shows the Shwedagon Pagoda in Yangon on February 1, 2022. (Photo by AFP)

Seven explosions have been reported since the government announced its decision to begin data collection in order to hold an election this year, according to local news reports.

The military-led government of Myanmar announced that data will be collected by immigration officials to get more accurate numbers for the election, due to be held in August 2023.

In Yangon, explosions were reported in Htauk Kyant Township in Yangon on January 10th and at Tamwe Township on January 11th.

On the same night, five explosions were reported in the city of Mandalay. All were targeted at sites at which officials were gathering and compiling data for the upcoming election.

After the attacks, data collection activities were suspended for two days, resuming on the 13th in some areas, but with more security personnel present.

Several anti-military groups have contacted local news media outlets to claim responsibility for the attacks, adding that theexplosions have just been “warnings”.

Meanwhile, many netizens in Myanmar are expressing the sentiment that the election will not be truly democratic.

Myanmar’s parallel government, the National Unity Government (NUG), has also announced that action, under the terrorism act, will be taken against public servants found cooperating with plans to hold the election.

Social media, especially Facebook, remains the main sourceof information for Myanmar’s netizens and arrests continue to occur regarding postings on the platform.

Recently, a social media influencer, based in Muse, Shan State, was sentenced to 10 years in prison, with labour, for reportedly posting a message encouraging donations to anti-military forces.

According to the influencer’s family members, he was arrestedalmost immediately after posting the message, spending three months on remand and now sentenced without actual proof or a trial.