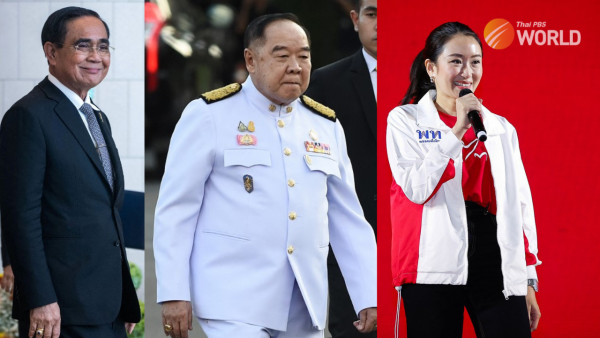 The old “three Ps” were united. The new “three Ps” are anything but, yet there are scenarios where two would join hands and leave the other out cold. After the next election, get ready for two clashing possibilities.

Prayut Chan-o-cha, Prawit Wongsuwan and Paetongtarn Shinawatra will vie for the premiership this year. Analysts cannot back any of them with absolute certainty, simply because there are too many variables.

One big factor is the Senate’s provisional power to work with the House of Representatives in selecting the new prime minister. The nonelected chamber is a huge 250-strong parliamentary entity wanting to wield its special authority for the last time, and street protests interspersed with violence over the past two years have failed to get it out of the way.

So, if numbers of House of Representatives seats allow, Prayut and Prawit will stick together and, aided by the Senate, form the next government. Who between them would be prime minister? Analysts believe that senators wouldn’t care less. If Ruam Thai Sang Chart wins more House seats than Palang Pracharath, Prayut will be the chief executive. And vice versa. The two men’s comradeship, shaken lately, remains strong enough for this scenario to materialise.

Pheu Thai, meawhile, will have to settle in the opposition bloc for the second time in a row. But there is another scenario as well where an unthinkable happens. Palang Pracharath can stab Prayut in the back if Pheu Thai says to Prawit “Come with us if you want to be prime
minister.”

Imagine Palang Pracharath wins fewer seats than Ruam Thai Sang Chart but Pheu Thai hands Prawit the premiership on a plate. In this scenario, Prawit leads the next government and Paetongtarn is groomed for the future. Pheu Thai’s “short-term” goal of returning to the government is met and “long-term” goal of having one of its own as prime minister is on solid course.

What about Pheu Thai leader Cholnan Srikaew’s recent statement insisting that his party never form a pre-election pact with anyone? Yes, he did say it. And yes, such a pre-election deal was probably never
made. But no, he never said it would “never happen.”

For young Paetongtarn to break many records and become the next prime minister, either Pheu Thai has to win close to 400 House of Representatives seats, an extremely unlikely scenario, or the current
opposition bloc must emerge a lot bigger than it is today, enough to keep the Senate respectful. Other than that, Pheu Thai may have to aim low and its goal must be to be in the government first. The party would have to forget about the premiership for now.

Bhumjaithai leader Anutin Charnvirakul has been mentioned lately as a prime ministerial candidate. Of course, his party can likely better both Ruam Thai Sang Chart and Palang Pracharath in the next election, but, like Pheu Thai, he would look at the Senate and feel discouraged. The chamber would be friendlier toward Prayut and Prawit than him. And unlike Pheu Thai, Bhumjaithai would not have a bargaining power that much.

Move Forward’s Pita Limjaroenrat is in a worse position than Anutin. While the latter can realistically hope to lead the “biggest” party in the present alliance, Pita has no chance of surpassing Pheu Thai and would consider it a success if his party ends up with the same number of seats as now. And while Bhumjaithai’s magnitude of election success might sway some senators regarding the premiership, Pita could never expect the same thing.

As for the Thai people, a Prayut-Prawit government will promise more of the same in terms of what happens on the streets, charter amendment uproars, never-ending Constitutional Court cases and parliamentary censures that the public pay little attention to corruption-wise. A Prawit- Paetongtarn government (some may say Prawit-Cholnan but that’s only technically speaking) can deliver new things in terms of street activism, charter fights and no-confidence debate.