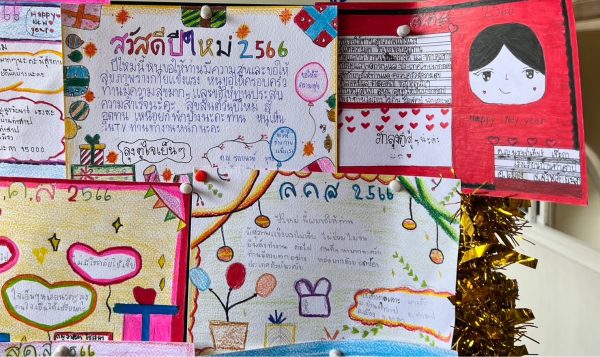 The Prime Minister’s Office has placed some of the New Year greetings cards, sent to Prime Minister Prayut Chan-o-cha by students across the country, on display at Government House.

According to the office of the government spokespersons, fewer greeting cards were displayed this year, mostly received from students in southern provinces. Many of the cards express good health wishes for the prime minister.

Some, however, have other messages. For example, one card wishes that the prime minister would stay with the people longer, while urging him to fight on and telling his critics to stop trying to remove him from the office.

One card, from the southern region, urges him swallow the bitter pill of having to deal with bad people, while asking why there are so many of them in the country.

Another card urges the prime minister to stay calm, while offering him moral support.

Most, however, address the prime minister as “Loong” (uncle) or “Loong Tu” (Uncle Tu). Tu is his nickname.