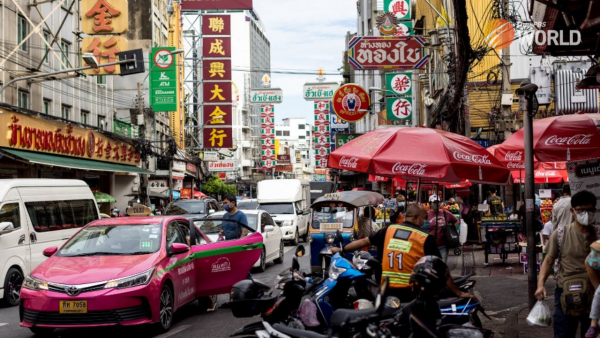 Thailand’s gross domestic product (GDP) will expand by around 3-4 percent this year, only slightly higher than last year’s 3.2 percent, the National Economic and Social Development Council, a state think-tank, has forecast. But many economists believe the GDP growth is below the country’s potential.

The baht has strengthened recently due to investors expecting an influx of tourists from China after Beijing announced the full reopening of the country from January 8. The strengthening of the baht appears to be unsubstantiated by the country’s economic fundamentals as recovery remains fragile.

“The recent strengthening of the baht suggests that it is not in line with economic fundamentals, and the Bank of Thailand (BOT) faces a challenge to manage its exchange rate,” said Piyasak Manason, head of wealth research at InnovestX Securities Co.

The baht on January 5 morning rose to 33.78 against the dollar, its strongest in eight months.

The stronger baht would be a negative factor for the export sector which is already slowing down due to the risk of global recession. Kristalina Georgieva, managing director of the International Monetary Fund, warned this month that one-third of the global economy would enter recession this year. Europe is unlikely to avoid recession while the US may experience shadow recession.

Thailand’s exports had played a key role in accelerating the economic recovery cycle last year, although it showed signs of weakening in the later months of that year, especially the last quarter.

Thailand’s overall exports in November shrank 6 percent year on year, a contraction two months in a row.  Export of farm products in November were hit in particular, down 4.5 percent, led by rubber sheets due to slow demand in China and Malaysia.

Thailand’s exports, however, are expected to end 2022 on a strong note, having grown 7.6 percent in the first 11 months of the year.

Kasikorn Research Center, however, has predicted Thai exports will contract by 1.5 percent to US$282 billion this year, impacted largely by the global economic slowdown. Luxury goods, such as jewellery and automobiles, will take a hit while the decline in commodity prices globally would affect Thai farm products.

The stronger baht would also adversely affect the farming sector as Thai products would be more expensive in the global market compared with those of competitors whose currencies are weaker.

Chookiat Ophaswongse, honorary president of the Thai Rice Exporters Association, predicted that rice exports this year would touch about 8 million tonnes, close to the 7.9 million tonnes estimate for 2022. Should the baht stay at around 34-35 per dollar, then Thai rice exporters would not be at too much of a price disadvantage when compared to the baht appreciating to 31 to the dollar in the early months of last year, when Thai rice became uncompetitive, he explained.

Property sector hopes for a turnaround in 2023

The government has placed high hopes on an increase in tourist arrivals this year with the reopening of China. The Tourism Authority of Thailand recently estimated 25 million foreign visitors this year, more than double the estimated 11.8 million last year. At least 5 million of this year’s arrivals are expected to be Chinese tourists.

But economic opportunity also carries the risk of a resurgence of the COVID-19 threat should a large number of Chinese tourists be carrying the infection. China has been battling a new wave that led to the government finally abandoning its zero-COVID policy amid widespread resentment.

Many countries have mandated a COVID-19 negative test for travellers from China as a precautionary measure, however, Thailand so far has only expressed keenness to welcome Chinese tourists.

Many observers have warned that should large numbers of local workers in tourism-related industries suffer from COVID-19 infections, it could disrupt the tourism industry. The hope at the moment is that booster doses would increase the immunity of people in the industry.

The cost of living is expected to remain high due largely to the high price of energy and food prices.

Headline inflation in December rose 5.89 percent year on year, hitting 6.08 percent for the full year, according to the Commerce Ministry. The ministry has predicted that inflation would see a considerable decline this year, in the range of 2-3 percent.

The Finance Ministry and the BOT have set the inflation target range at 1-3 percent.

Inflation could be subjected to volatility of energy prices in the global market as the reopening of China could lead to higher oil demand, pushing up prices.

The government measure to provide subsidy to cushion the impact of high gas and diesel prices has widened the Oil Fuel Fund deficit to 121.5 billion baht as of January 1, 2023, comprising oil price subsidy of 77.2 billion baht and liquefied petroleum gas subsidy of 44.3 billion baht.

With questions being raised about the sustainability of the energy fund, the government has had to increase the price of electricity distributed to the business sector. Now they have to pay the new electricity tariff at 5.33 baht per kilowatt-hour from January to April this year. Businesses have blamed the government for trying to pass on a high burden to them while keeping the electric tariff rate for households at 4.72 baht per unit.

Exporters, in particular, are worried about losing their competitive advantage to businesses in Vietnam who have a much lower electricity cost.

Praipol Koomsup, an economist specializing in the energy sector, points to many reasons behind rising energy prices, including the high global energy price. He believes the transition of the gas field exploration concession in the Gulf of Thailand from Chevron Thailand Exploration and Production Ltd to new concessionaire PTT Exploration and Production (PTTEP) did not run as smoothly as planned, as a result natural gas production last year fell short of the target.

He urged the government to accelerate the use of alternative energy for generating electricity and to reduce excessive reliance on natural gas as a major source of fuel.

He also suggested that the government reform the energy sector by allowing more independent power producers (IPPs) to enter the market. At the same time, he urged the government to review the previous contracts of IPPs exiting after making huge profits from selling solar-based electricity to the Electricity Generating Authority of Thailand at high prices under the government’s renewal energy project.