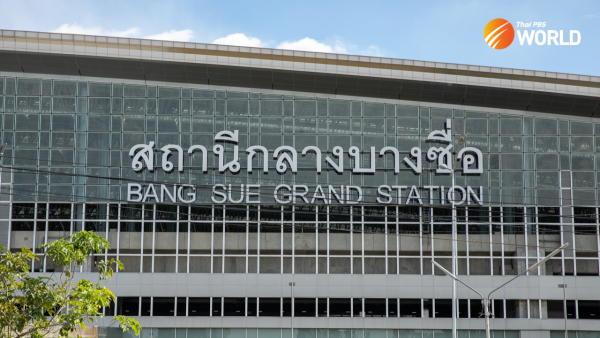 Under heavy criticism for what is being seen as a waste of taxpayers’ money, the State Railway of Thailand (SRT) has decided to postpone its plan to replace Bang Sue Grand Station’s name plate and the redesign of the SRT logo.

An informed source said that the SRT has notified the management of Uniq Engineering and Construction (UNIQ) in writing of the postponement of the plan until further notice.

Uniq was awarded a 33-million baht contract to change the nameplate to Krung Thep Aphiwat Train Terminal, a name which was presented by His Majesty the King last September. Installation work was scheduled to start on January 3rd.

The SRT’s plan has come under heavy fire from critics, including opposition parties, especially regarding the price tag. The criticism has forced the SRT to defend the project by providing itemised details of the expenditure, but the criticism persists.

A fact finding committee has been set up by Transport Minister Saksayam Chidchob to look into the case.

The investigatory panel, which comprises representatives from the Engineering Institute of Thailand, the Thailand Council of Engineers, the Architect Council of Thailand and the Comptroller General’s Department met today (Tuesday). Three SRT representatives, led by the deputy governor, also attended the meeting to explain the project and to answer questions raised by panel members.

The meeting today was inconclusive and it is due to meet again via tele conference tomorrow. The probe team was given until January 19th to prepare its findings and report back to the Transport Ministry.