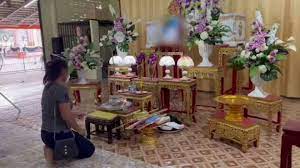 Technology Crime Suppression Division (TCSD) officers have joined Pak Kret district police in Nonthaburi province in the investigation of the suicide of a 15-year-old student, after he was allegedly cheated by an online scam gang.

According to a relative of the victim, the 9th grade student, attending a school in Nonthaburi, wrote a letter admitting that he stole 15,000 baht from his family to pay an online employment service, believing it would secure him an online job. He did not get the job and did not get a refund.

The unnamed relative said the boy was, apart from the theft of money, a good student with good results and should not have committed suicide.