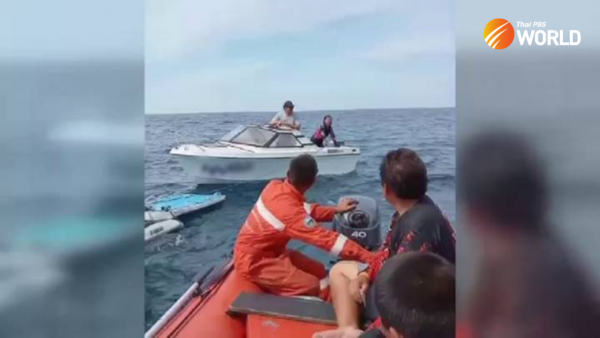 Thai rescue officials resumed their search this morning (Monday) for a Romanian who went missing in the sea off Phuket, after he reportedly dived into the water near Ko Kaeo Island to free their boat’s anchor.

The search for the 46-year-old was suspended Sunday evening due to the rough sea and darkness.

According to an initial police report, the missing man, his compatriot and a Thai woman boarded a speed boat from Nai Han Beach around noon for a sight-seeing tour of Ko KaeoIsland. They dropped anchor about 100 metres from the shore. When they decided to move on, the anchor got stuck and the man decided to dive down to free it, but did not resurface after the anchor was released.

Those on board searched for him before alerting the emergency services.

Teetapong Taodang, vice mayor of Rawai Tambon (sub-district) Administrative Organisation, said that Ko Kaeo Island is surrounded by undersea rocks and it is possible that the missing Romanian might have got stuck in a crevice.

The island is about 3 kilometres from Rawai Beach. It has no beaches and is a popular snorkelling location.

Rescue teams have been advised to exercise great caution because of the strong currents around the island.