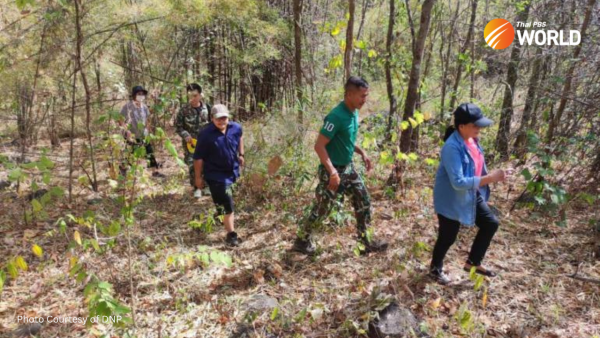 Mahidol University in Kanchanaburi has banned its students and staff from venturing into the woods behind the campus, after a tiger was seen by a villager in the forest last Wednesday. Tiger footprints were found in the woods after the sighting.

Camera traps have been installed at eight locations in the forest in Sai Yok district, where the tiger is expected to forage. Officials of the Khao Nam Phu Nature and Wildlife Education Centre said that they expect to capture images of the tiger in two days, if it is still in the woods near the university.

Mahidol University said that the campus is now closed, but will resume classes tomorrow (Monday). For the safety of students and staff members, it has decided to tell them not to venture into the forest, especially in the area around the development and training centre viewpoint, where the big cat was sighted.

Tigers are a protected species in Thailand and there are about 200 of them in the wild, mostly in the western forest complex, which covers about 17,871 square kilometres, encompassing 11 national parks and six wildlife sanctuaries, including the Huai Kha Khaeng and Thung Yai Naresuan wildlife sanctuaries.