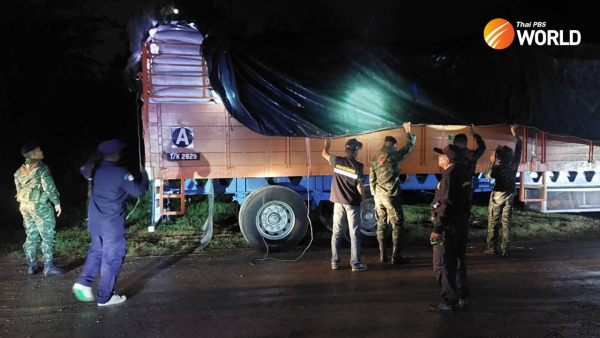 The boxes, believed to contain hundreds of thousands various pyrotechnics, were found covered with coconut husks in a cargo container on a trailer-truck with Malaysian license plates.

The trailer-truck was parked at a cargo yard in Padang Besar sub-district, where goods going to and coming from Malaysia are loaded and unloaded.

The authorities questioned Uthen Sae Chen, son of the owner of the cargo yard, who said that the yard has been leased to a shipping company.

They also said that they will question staff of the shipping company to find out whether they have a license to own or transport the pyrotechnics.

Possession of such a large quantity of such pyrotechnics requires a licence under Thailand’s Firearms, Ammunition, Explosives, Fireworks and Imitation Firearms Act.