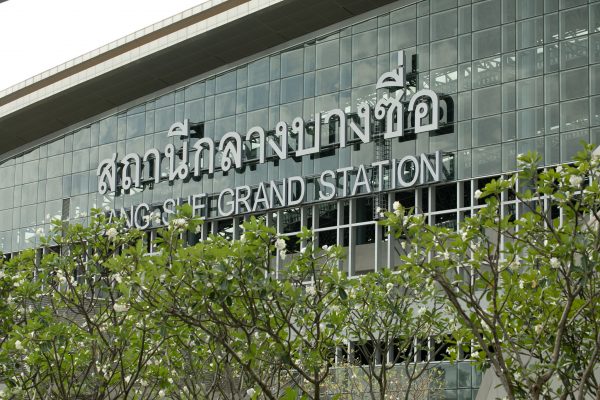 The State Railway of Thailand (SRT) has provided full details of the expenses involved in changing the name of Bang Sue Grand Station to Krung Thep Aphiwat Train Terminal, in defence of its 33 million baht estimated cost, viewed by critics as being too expensive.

On the characters to be replaced, the SRT said that there are 48 Thai characters and 62 English letters to be changed, not 56 as widely misunderstood, plus two logos. The name plates are on both the eastern and western sides of the station.

The budget is not only for changing the name and the installation of the new name plates, but also covers the expense of the removal of the old name plates, changes of glass and aluminium panels, the lighting system rearrangement, designing and structural engineering works, plus insurance coverage for 365 days, said the SRT.

Full details of the expense of engineering structural work include about four million baht for the removal of glass panels and the existing name plate and about 600,000 baht for the architectural work.

Design work costs about 918,700 baht and provisional expenses, estimated at about 1.6 million baht, is for the use and installation of materials to fill the gap temporarily after the removal of glass panels, to keep rain out.

The SRT said that each name plate is huge, about three metres tall, and 60 metres long. Each new logo is about seven metres tall.

The new name, Krung Thep Aphiwat Train Terminal, which means “Bangkok’s prosperity”, was presented to the SRT by His Majesty the King in September last year.