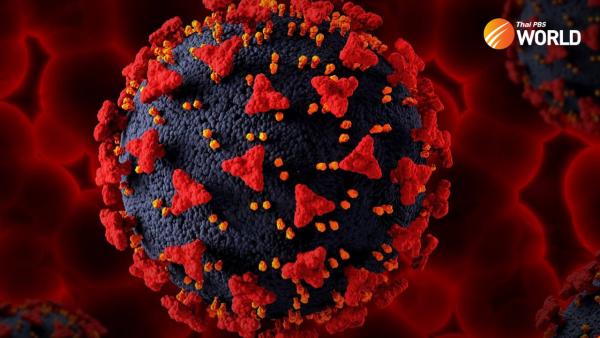 He explained that the XAY.2 is a combination of AY.45, a sub-variant of the Delta strain, and the Omicron BA.4/5 sub-variant, adding that only 344 cases have been detected globally so far.

He also said that the Omicron XBB.1.5 sub-variant, which has been spreading extensively in the United States, has not yet been detected in Thailand, adding that the dominant sub-variant found in Thailand is Omicron BN.1.3, a descendent of BA.2.75, which is as effective as XBB.1.5 at evading immunity.

Dr. Supakit said that there is no reason to be overly concerned about increased arrivals of tourists from China, because 97%of the COVID-19 infections in China are related to the BA.5.2 and BF.7 sub-variants, which are not new sub-variants and do not spread more quickly than the sub-variants currently found in Thailand.

The Department of Medical Science is closely monitoring the mutations of the virus, he said, as he urged those who have been vaccinated for more than four months to get a booster, to enhance their immunity, reduce the risk of getting infected and to limit the severity of symptoms in case of infection.

Meanwhile, Dr. Yong Poovorawan, chief of the Centre of Excellence in Clinical Virology of Chulalongkorn University, said in his Facebook post today that the dominant Omicron sub-variants spreading in China are less worrisome than the BQ sub-variant spreading in western countries, because the sub-variants in China are similar to the BA.2.75 found in Thailand a year ago and 70% of the Thai population has been inoculated against the sub-variant through vaccinations or being infected by the virus.

Unlike the BQ sub-variant, which is new to Thailand, Dr.Yong said that the Thai Government has not required that western tourists be screened before entering Thailand or to wear face masks in public places.

Virus mutations can happen anywhere, he said, adding that imposing additional measures or restrictions on tourists from China is not the right approach, because new variants or sub-variants can come to Thailand from any country.