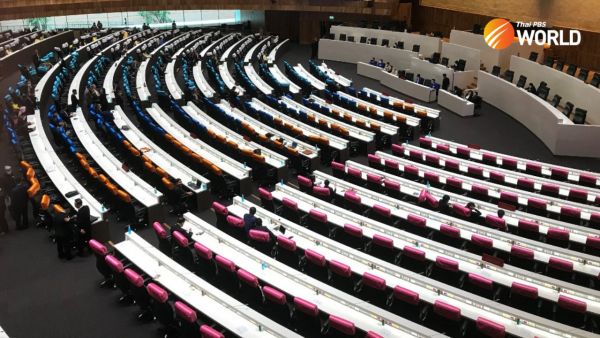 The fate of the Bhumjaithai Party’s Cannabis Bill has been thrown into limbo once again, after numerous MPs refused to declare their presence in the chamber, bringing the House meeting to a premature end due to the lack of a quorum.

The House was scheduled to vote on Section 11 of the bill, which the scrutiny committee had proposed for deletion, but several MPs disagreed and wanted the bill to be withdrawn.

Pheu Thai MP for Lop Buri, Ubolsak Bualuang-ngam, told Deputy House Speaker Supachai Phosu, who was chairing the meeting, not to waste the time waiting for more MPs to show up to make the quorum.

He said that the bill will not be approved by the House anyway and, hence, it should be withdrawn from the agenda.

Supachai waited for about 35 minutes, but only 204 MPs formally declared their presence in the chamber by inserting their ID cards. Others, who were physically present, refused to do so.

He then adjourned the meeting at about 3pm.

This was the first time this year that a House meeting has collapsed due to a lack of a quorum.

The Cannabis Bill, which seeks to decriminalise the medicaluse of cannabis and hemp, overwhelmingly passed its first reading in the House in June last year, but opposition to it has since increased, as concerns grow over the recreational or non-medical use of cannabis and its extracts, especially among youth.