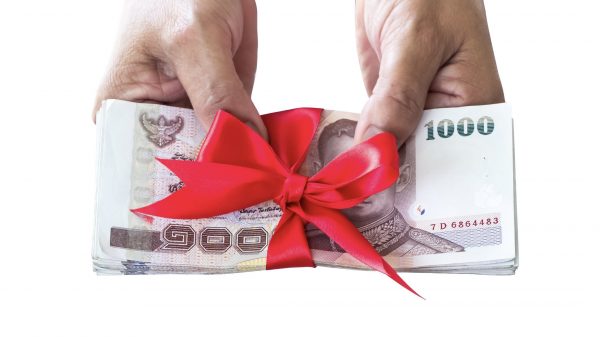 The Thai cabinet agreed on Tuesday to present “New Year gifts” to people in the Deep South. They include a free lunch program for children attending religious schools, nutritional food and vitamin supplements for mothers and their children, promotion of the learning of foreign languages and development of language skills among students.

Another “gift” from the government is the promotion of the restive provinces of Yala, Pattani and Narathiwat and four districts in Songkhla as “the world’s Halal food and services hub.”

Deputy Government Spokesperson Rachada Dhnadirek said that the government intends to solve the nutrition problem among small children in the Deep South by providing nutritional food and vitamin supplements to about 46,000 mothers and young children.

Students attending Islamic studies at school and the Sunday Buddhist schools, numbering about 170,000 in 1,875 schools, will be provided with free lunches.

Study of the Thai, Malay, Chinese, Arabic, English and Turkish languages by students in the southernmost region will be promoted, so they will have better opportunities to further their studies abroad or have the choice of working at home or abroad.

Under the Halal food and services program, Rachada said that the government plans to increase the number of breeding cows to about 50,000 and about 20,000 breeding goats for the Halal food industry.

Local communities and households will also be encouraged to increase the local breeding of crabs by about one million, in addition to naturally-caught crabs, in order to turn their communities into seafood markets.

About 8,000 hectares of land will be used for the cultivation of energy and animal feed crops.