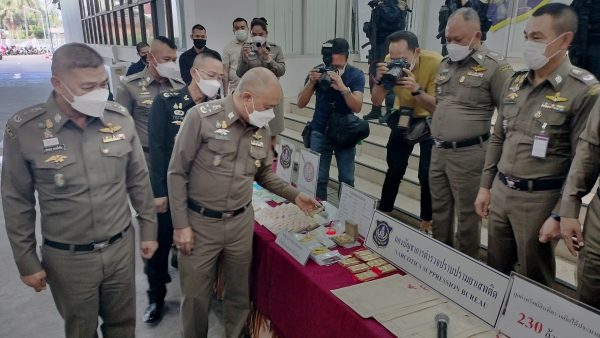 Thai police have seized assets worth more than 230 million baht and arrested six key members of a major drug trafficking gang, allegedly responsible for smuggling narcotics from Laos through north-eastern Thailand into Bangkok and its suburbs.

Pol Gen Chinnapat Sarasin, the deputy national police chief, said Tuesday that warrants have been issued for the arrests of nine members of the gang, six of whom have been arrested during raids in nine central and north-eastern provinces over the past two years.

He identified the ring-leader as Chatchai or “Ah Fu”, one of the key figures who is still at large.

In December, he said police raided a house in Bangkok’s Don Mueang area, believed to be used as a storage facility for drugs, and found one million crystal meth tablets.