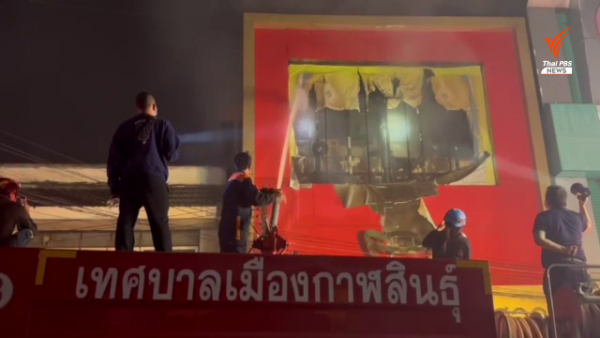 Two people were killed and one seriously injured in a fire at a gold shop in Mueang district of the north-eastern province of Kalasin last night (Monday).

The fire, which police think was caused by a short circuit inan electrical plug, occurred at about 8pm in the Lim Kian Huad 3 gold shop on Thedsabal 23 Road in Mueang district.

Three people were trapped in the shop at the time of the fire, but it took firemen about three hours to bring the blaze under control. During the fire, however, firemen managed to extract one man, later identified as 75-year-old Vichit Saengsophaphan, the shop’s owner, but he was suffering from serious burns.

Firemen found two charred bodies among the debris. They were identified as the 74-year-old wife of the shop-owner and a 16-year-old niece.

Forensic officers are scheduled to inspect the scene today to try to confirm the exact cause of the blaze.