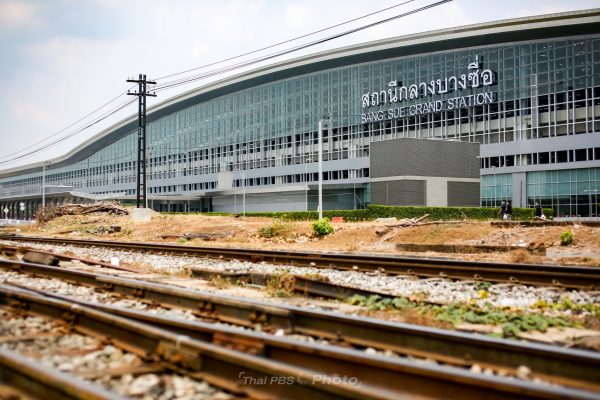 The State Railway of Thailand (SRT) has recently signed a contract with Uniq Engineering and Construction (UNIQ) to change the name of Bang Sue Grand Station to Krung Thep Aphiwat Central Terminal, and to redesign the logo of the SRT, at a total cost of about 33 million baht.

The signing of the contract was reported to the Stock Exchange of Thailand on December 29th by UNIQ.

The new name of the Bang Sue station was presented to the SRT by His Majesty the King in September last year. “Krung Thep Aphiwat” means “Bangkok’s prosperity”.

On January 19th, the SRT will relocate 52 trains from Hua Lamphong station, the former central terminus in Bangkok, to the new Krung Thep Aphiwat Central Terminal.