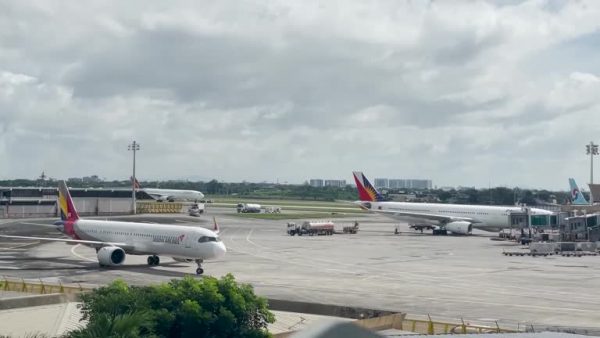 “In the 24 hours that we’ve been waiting, we are now very exhausted from lack of sleep. My body is aching from all the waiting,” Kirana Mangkabong, a 32-year old overseas worker, told Reuters. “There’s no place to rest, we just find random corners where we can rest.”

Long queues were seen forming at crowded airport terminals by passengers waiting to rebook their flights.

Cesar Chiong, general manager of the Manila International Airport Authority, said the airport was early on Monday handling a maximum of 15 arrivals per hour compared to 20 during normal operations.

The outage was the result of the unprecedented failure of both primary and secondary power supplies, he said, adding it will take around 72 hours for airlines to normalise their operations.

About 65,000 passengers were affected after 361 flights were either delayed, cancelled or diverted to other regional airports on Sunday (January 1), while numerous other flights were forced to re-route to avoid Philippine airspace.

The Ninoy Aquino International Airport has previously been ranked among the world’s worst international gateways, with flight delays a regular occurrence, and a history of upgrades being delayed or abandoned due to disputes between the airport and contractors.