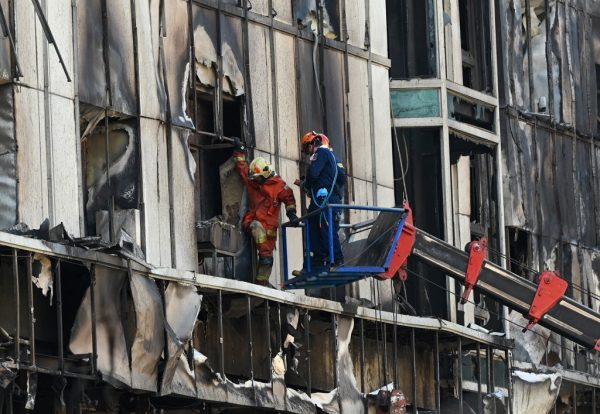 A rescue team searches for victims in a burned out part of the Grand Diamond City hotel-casino following a major fire at the complex in Poipet on December 30, 2022. (Photo by Tang Chhin Sothy and TANG CHHIN SOTHY / AFP)

Of the 27, one died in Aranyaprathet district of Thailand’s Sa Kaeo province, which is directly across the border from Poipet, and the rest died in Cambodia.

Ten sets of remains have been returned to Thailand so far. Four have been identified and the remainder are in the process of being identified by Thai forensic officials, he said, adding that they will all be brought back to Thailand.

Of the 112 injured, 27 are still hospitalised in Aranyaprathet and the rest have been discharged.

The deadly fire reportedly started in the kitchen of the Grand Diamond City hotel and casino, following the explosion of a cooking gas cylinder, and spread quickly to the other 17 floors of the building.

The casino is believed to be owned by Vatana Asavahame, a former deputy interior minister who fled Thailand to seek refuge in Cambodia before conviction in a corruption scandal in connection with the Klong Dan waste water treatment project in Samut Prakan Province