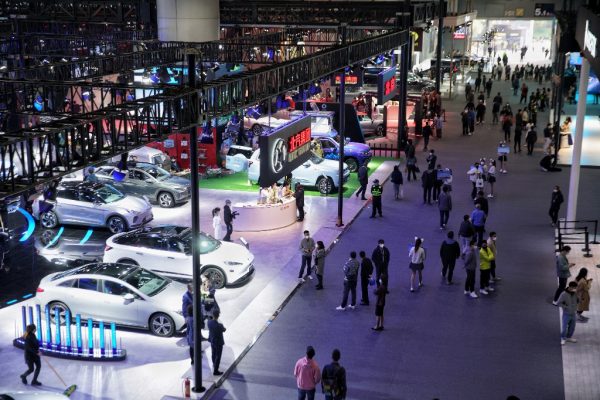 (AFP) – China’s manufacturing activity contracted sharply in December for the third month in a row, according to official figures released Saturday, despite Beijing’s loosening of Covid restrictions at the beginning of the month.

The Purchasing Managers’ Index (PMI) — a key gauge of manufacturing in the world’s second-biggest economy — came in at 47 points, down from November’s 48 and well below the 50-point mark separating growth from contraction, according to data from the National Bureau of Statistics.

For more than two years, China had insisted on a zero-Covid strategy of stamping out outbreaks with strict quarantines, lockdowns and mass testing — a hardline policy that reverberated across the global economy.

On December 7, Beijing abruptly loosened pandemic restrictions, but despite that, the country is still struggling to recover due to a surge in Covid cases.

“In December, due to the impact of the epidemic and other factors… China’s economic prosperity has generally declined,” NBS senior statistician Zhao Qinghe said in a statement.

“The epidemic has had a significant impact on business production and demand, staff presence, logistics and distribution.”

The index has not been in positive territory since September, and December’s figure was lower than the 47.8 reading predicted by Bloomberg analysts.

Zhao, however, struck a note of optimism in his statement.

“As the epidemic situation gradually improves, the market trend is expected to pick up later,” he wrote.

China’s zero-Covid strategy was based on widespread testing, strict monitoring of movement, and quarantine for those testing positive.

Those measures, which led to unannounced plant closures, disrupted supply chains and forced some companies to close permanently.

For its part, the non-manufacturing PMI — which includes the services and construction sectors — also contracted further this month, to 41.6 points from 46.7 in November.

The government has set a growth target of about 5.5 percent this year, after reaching its goal of over 8 percent in 2021.

But many economists now consider the 2022 target unrealistic.

China will unveil its gross domestic product (GDP) performance for the year in January.