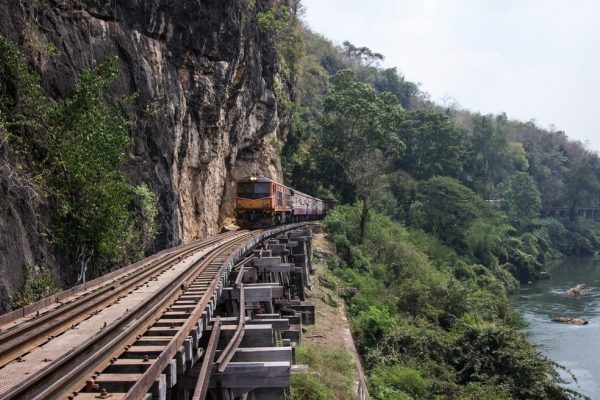 A tourist from New Zealand fell to his death from a “Death Railway” train in Sai Yok district of Kanchanaburi Province on Tuesday.

According to witnesses, the accident took place as the train was moving slowly along a 400-metre wooden support, about ten metres above the ground, beside the Khwae Noi River.

A tour guide said that, shortly before the accident, the New Zealander, who was travelling alone, went to the toilet and then opened the train’s door to take pictures of the view and, probably, slipped and fell from the train.

Police and EMTs were dispatched to the scene of the accident. The victim was found seriously injured and first aid was administered, but he eventually succumbed to his injuries before he could be taken to a hospital.

The New Zealand Embassy in Bangkok was informed of the accident, so the victim’s family could be notified.