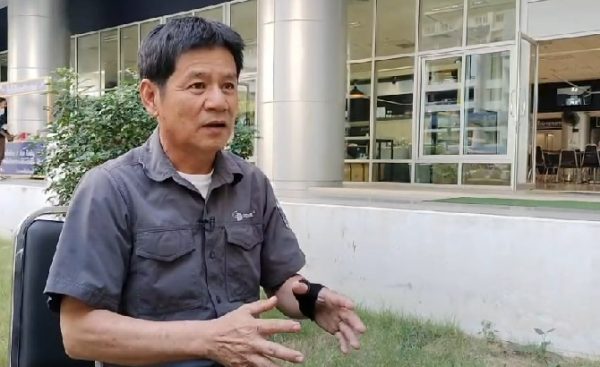 Chaiwat Limlikhitaksorn says he decided to report the alleged misconduct of the national park chief because he could not tolerate seeing his colleagues suffer by having to find money to pay bribes, resulting in family problems or being unfairly transferred.

The former chief of Kaeng Krachan national park played a key role in exposing Rutchada Suriyakul Na Ayutya, director-general of Thailand’s Department of National Parks, Wildlife and Plant Conservation, who was arrested by police from the Anti-Corruption Division on graft charges at his office on Tuesday. About five million baht in cash was also found in his office.

Chaiwat claimed that the 5-million baht seized yesterday (Tuesday) was just a quarter of the amount allegedly received each month by Rutchada.

In his interview yesterday with Thai PBS, Chaiwat claimed that the national park chief had siphoned off substantial amounts of money, budgeted for operations and expenses allocated to various units under his supervision, such as the national parks, wildlife sanctuaries and fire-fighting units.

He claimed that Rutchada called a monthly meeting with 15 division chiefs at his office, during which he would allegedly demand payments from their allocated budgets.

He said that he could not tolerate Rutchada’s alleged misconduct because it affected the families of some of the officials, because they had to find or borrow money in order to pay the bribes or they would be transferred to positions in rural areas, far away from their families.

He also claimed that officials who sought promotion would have to pay between 200,000 and 300,000 baht in bribes.

Chaiwat said he simply could not tolerate Rutchada’s alleged abuse of authority.

A fact-finding committee has been set up by the Ministry of Natural Resources and Environment, with findings expected in seven days.

Permanent Secretary Jatuporn Buruspat claimed that the maximum penalty for corruption is dismissal from the service, adding however that he has to wait for the findings of the investigation.

He admitted that, throughout his four years as the permanent secretary, he had never seen a corruption case implicating such a high-ranking official.

Chaiwat and his three former subordinates at Kaeng Krachan national park are facing murder charges for the enforced disappearance of Karen activist Porlajee Rakchongcharoen, aka “Billy”, about eight years ago.