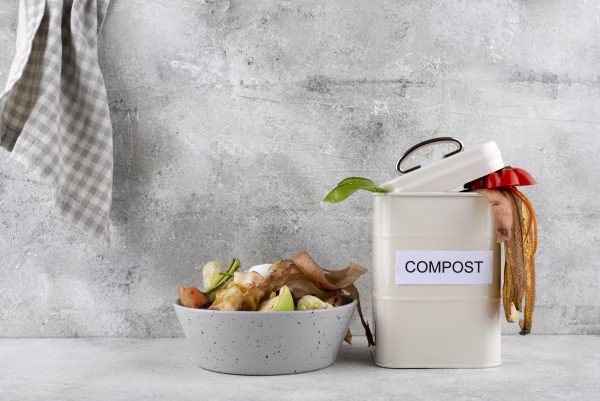 Thailand ranked 9th on the 2021 Global Climate Risk Index of countries most affected by “extreme weather events” between 2010 and 2019.

One of the factors contributing to climate change is food waste. When organic material decomposes in landfills, it emits the greenhouse gas methane, which is far more potent than CO2. Hence, the quickest way to save the planet is to reduce the amount of food waste.

“Food waste actually starts from the harvesting of the raw material up to consumption, to the food on the plate. All the way up from the harvest to consumption we consider the waste so, all in all, globally we have about 30% of the food produced and processed being wasted. This is remarkable and is a lot. So this is the waste we have to deal with and, actually, the UN, in their sustainable development goals under the agenda 2030, has declared food waste to be a sustainable development goal, and the target is to reduce food waste by 50% by 2030”, said Werner Kossmann, Project Director of Integrated waste and wastewater management for GHG reduction, GIZ Thailand.

About 1.3 billion tonnes of food waste is generated worldwide. In Thailand, the population of 66 million generates 145kg of food waste per person per year.

To reach the target, a 50% reduction by 2030, there should only be about 70-72kg per person of food waste. Werner and his team at GIZ Thailand have submitted their “National Roadmap on Food Waste” to the Pollution Control Department (PCD).

He said, to manage and reduce food waste, they have defined three sectors in Thailand. The service sector, the retail sector and the customer.

A hotel in Bangkok has been attempting to manage food waste by themselves, as they believe that it’s their responsibility to reduce it before it all goes outside, and that is where the ‘zero food waste project’ began.

“Food waste and hotels, I can say they are a couple. There are two things that come together all the time, especially when hotels serve customers with a buffet, because they cannot afford to run out of food in the buffet line.

So, once the last customer comes for breakfast or lunch, after that all the food is wasted, and I can say that it’s a lot. We spend hundreds of thousands of baht per month on food, and a lot of it is going to be food waste, in the end”, said Tampote Torsuwan Director of Finance, The Royal River Hotel.

Basically, they turn food waste into fertilizer by using a ‘natural method’ and machines. For the natural method, they put food waste together with soil into old bathtubs and wait for 25 days. Their space is, however, very limited, so they bought in two mechanised systems, which help them both increase their capacity to deal with food waste and shortens the time that they have to wait using the natural method.

“Both systems run under same concept, which is to turn all food waste into fertiliser for our plants”, he added.

All organic vegetables in the hotel’s garden are looked after by the hotel staff. Some fresh vegetables are used to serve to customers and as raw kitchen ingredients, while some are preserved for consumption in the future. With the project starting in 2019, the hotel can not only can manage food waste in a sustainable way, but can also save a considerable amount of money.

Tampote said “all together, at this moment, we save around 150,000 bath per month, approximately. Our target is about 300,000 baht per month. We still need future improvement”

People in Bangkok generate 9,000 tons of waste per day and 50% is food waste. There are multiple factors that cause food waste, overproduction or overbuying, food that doesn’t meet the standard and spoilage or expiry of food.

One of the reasons food prices keep rising is because of the loss of food. Food retailers across the globe lose more than one billion dollars every single day, as they are not able to sell all the food that they are producing. In order to compensate for the loss, they tend to increase the price of the food, to cover for the losses that they’re suffering.

Based on this, a startup food surplus delivery app, “Yindii” was established. Basically, this app connects food from hotels, bakeries, cafés and restaurants in Bangkok with consumers at discounted prices.

Mahima Rajangam Natarajan, Co-Founder and Chief Marketing Officer of Yindii, explained the concept of how premium food surplus can be delivered to customers. “Hilton, for example. They have a breakfast buffet from 7am to 10am. It is extremely high-quality food that they serve their guests but, when the service ends at 10:00am, they still have almost 50% of the food that they prepared left over. What do they do with this? They throw it away, and this is from the most premium brand and the most premium ingredients and products, right? So Yindii proposed that they reduce food waste by doing a brunch box and sell it on Yindii at 10.30am or 11am.”

She added that the premium brunch box is sold at a 40% discount from the normal price. At the moment, Yindii partner with 200 brands and they have more than 100,000 users. Their future plan is the expansion of partners, with a target 2,000 stores.

They believe that it’s a win-win-win option for the merchants, the consumers and the planet.

According to the Pollution Control Department of Thailand, food waste accounts for 64% of total waste in the country and nearly 40% of that food waste is still edible and of good quality. It is called food surplus.

It has been 6 years since the Scholars of Sustenance Foundation (SOS) started rescuing surplus food from hotels, supermarkets, restaurants and cafés, then distributing it to people in need.

We have distributed to more than 2,400 recipient communities in this country already, which contain more than a million people. That is what we do and we feel that there are many more things that we can do.

We believe that the next step of our operation is to create what we and other people know as ‘food banks’”, said Naphat Phongpheat Assistant Project Manager, Scholars of Sustenance Foundation (SOS)

A web application platform, Cloud Food Bank, operated by the SOS Foundation and its partner, was launched earlier this year. This food donation app provides match-making between the food donors and their beneficiaries.

According to Naphat, the platform has delivered around 30,000 kilograms of food surplus, which is around 440,000 meals. Their goal is, however, to reach the 2 million meals milestone.

They have high hopes of establishing food banks on a national scale. When asked whether the supply of surplus food would be enough for the demand, Naphat said that it is more than enough. What they need the most, however, is more support from the public sector.

According to a survey by GIZ Thailand, 35% of the respondents are not aware of food waste at all, they just throw it away, whereas 35% are aware of the problem, but they have no idea what to do, as they lack knowledge about how to manage food waste. The remaining 30% are well aware and know what to do with their leftovers and how to do composting at home.

One strategic goal in the National Roadmap on Food Waste, which is set to start in 2025, is to raise awareness and promote behavioural changes, which take quite a long time to produce an effective outcome.

In accordance with the UN agenda 2030, we have 8 years left to reduce food waste by 50%. This goal is very ambitious, but achievable, if we start today by being aware that food waste from our plate badly impacts the environment. After all, cultivating environmental awareness in childhood can be one of the best solutions.